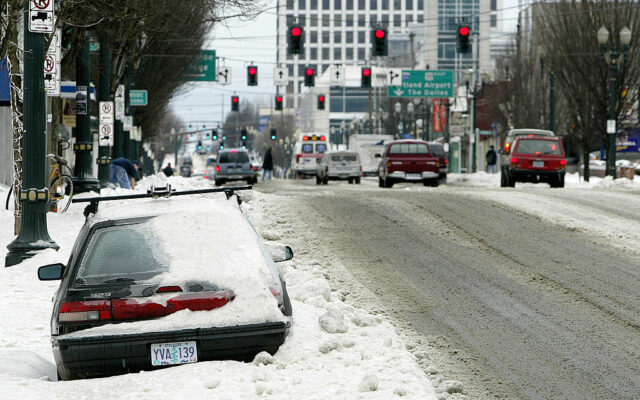 The folks in government constantly US how WE should prepare for emergencies.

Prepare for earthquakes, tsunamis, storms, and all the rest.

How do you take preparation advice from folks who do such a lousy job of it themselves?

County Chair Tootie Smith, a friend and republican, joined me yesterday on the talk show to talk about that

She pointed out the county is now on its third emergency in the space of a year.

Well, the generator that backs up power for their emergency operations center failed.

And the generators that power the sewage treatment plant to keep human waste out of the rivers ran out of fuel.  No backup plans at all

A private company would get massive fines for that.  Government…not so much

KXL has emergency generators too…and has been using them this past week.

They have plenty of fuel…and plans for getting more during an emergency that goes on longer than expected.

Government?  Not so much.

You see, if KXL fails to serve the public especially during emergencies…the FCC has consequences.  And if our engineers let the radio station go off the air, there would be consequences.  And stations that don’t run advertising when EVERYONE is listening, lose money.

County Chair Tootie Smith tells me yesterday…she doesn’t know why they ran out of fuel, failed to arrange for more, and admits even when they found out WHO failed so miserably, no one will get fired or punished or demoted.