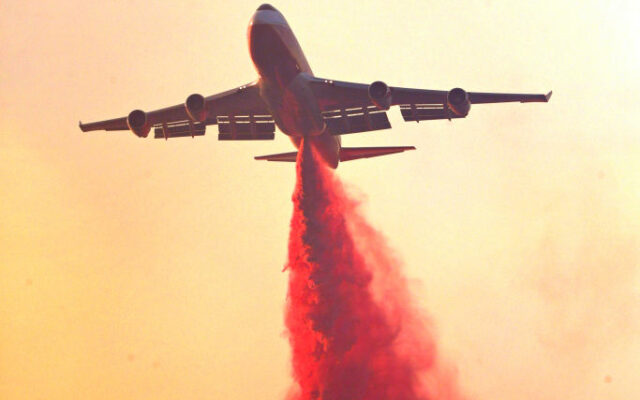 Every summer, wildfires in the Northwest fill the air with choking smoke and send billions of dollars worth of timber up in flames.

It doesn’t have to be that way.

Forest scientist Dr Bob Zybach pointed that out for decades.

Then phony science like the spotted owl and now climate change shutdown logging, put tens of thousands out of work, and set our forests on a course for destruction.

20 years ago I began advocating for what’s now called the “global supertanker”, a 747 fitted out as the single biggest fire fighting tool on planet earth and there’s only one like it.

The late Del Smith of Evergreen Aviation spent 55 million of his own money making it fly and getting it certified by all the right agencies.

Over the last 20 years it has fought fires in Israel, Mexico and South America.

Only the U.S. Forest Service refuses to use it and refuses to explain why.

It did a demonstration this week in Moses Lake Washington.  Oregon never put the plane under contract even when it was used successfully on major California fires in the last few years.

I hope Washington state authorities are smarter…and sign it up for service this spring and summer.

Or we could let the forests burn.