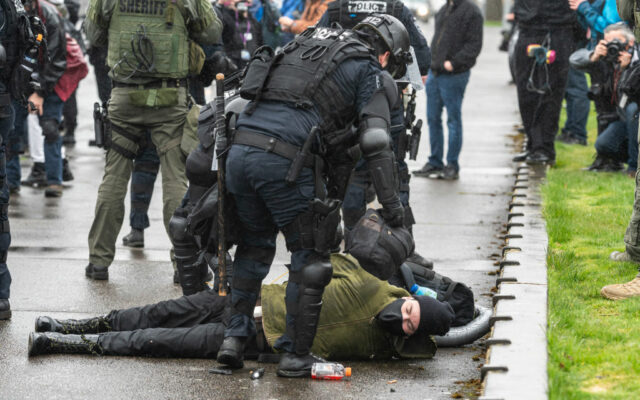 A war on free speech has erupted in our society.

Yesterday, conservatives planned a “Freedom Rally” in Salem.  They have good reason.  State lawmakers have done nothing to rein in dictatorial powers of Governor Kate Brown with her plans for PERMANENT OSHA mask rules.  Lawmakers plan to raise taxes and disarm the law abiding.

The group attacked those coming to the freedom rally.

(Salem police) victims reported their vehicles were damaged by paint filled balloons, rocks and other hard objects as they passed. One vehicle sustained significant damage after a large tree limb was thrown through the front window into the vehicle’s passenger seat.

Police arrested a few of the left wingers but they also shut down the planned rally…a right protected by the constitution as freedom of assembly, petitioning the government for redress and free speech.

Much of the media calls this protest and counter protest.