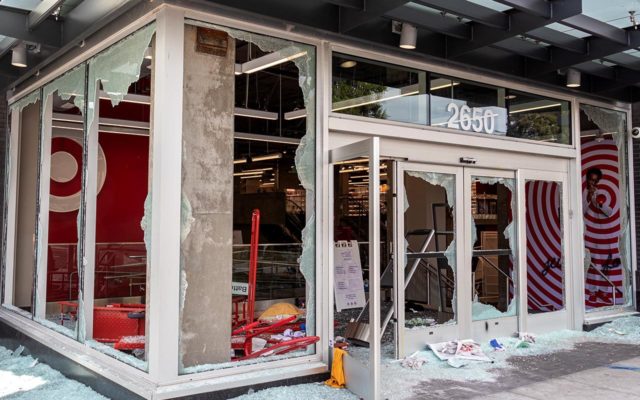 Does anyone doubt that Portland’s leaders have lost control of the riots?

Weeks ago, damage to public and private property totaled in the tens of millions.

Over the weekend, rioters set fire to the Portland Police union headquarters…a punctuation point on their slogan: “all cops are bastards”

Rioters tell police they hope officers and their families die.

The most radical member of the Portland city council, Joanne Hardesty, has declared Mayor Wheeler doesn’t know what he’s doing…that Feckless Ted should hand over control to her.  God Forbid.

President Trump warned city officials in Seattle and Portland, “regain some semblance of control or I will do it for you”.

Seattle managed to clear its Occupied Zone on Capitol Hill.

Now, officials all the way from New York City based Oregon Senator Ron Wyden to members of congress and city leaders have announced they don’t want federal law enforcement, telling them to “go home”.

Last time I checked, Portlandia still sits inside the United States of America…which means federal law enforcement has a role in doing the job if Oregon Leaders refuse to.

Mayor Wheeler insists he has the riots under control.  Bet the Captain of the Titanic said the same thing.

Wheeler and the rest apparently want the war zone to continue and the downtown community lacks the guts to stand up and demand it stop.  Will the last business to leave please turn out the lights?

TheLarsLarsonShow · Lars Thoughts – Does anyone doubt that Portland’s leaders have lost control of the riots?
Tweets by LarsLarsonShow