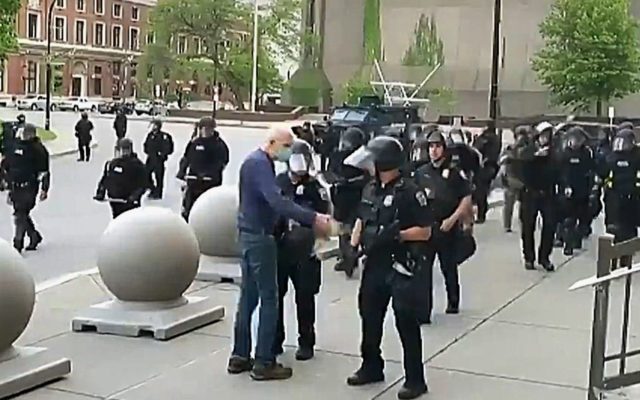 Imagine the city you live in with no police. Two weeks ago, an impossible idea. Today, the Minneapolis City council has a veto proof majority in favor of disbanding its police department over the murder of George Floyd.

The now former police officers involved in his death have been charged with the crimes.
But the mobs of protesters who have raged through every American city over the last ten days want more. They want ALL police done away with.

In Portland, the Mayor has pulled all police from ALL schools. Transit too. Good luck to students who face any immediate threats…no cops to call on. And police have come under physical attack. At least a dozen cops shot in cities around America in the last ten days, some of them killed, some of them targeted for being cops.

In Seattle, police have come under attack with bottles and objects. In Portland, an improvised device exploded and gave concussions to two deputies. A week ago, Sgt Tommy Walker was literally set on fire. When this carnage finally ends it may not matter whether you disband the police. Who would sign up for duty in a blue uniform under these conditions. In the end, mobs demanding the end of police hurt those that crime affects the most…America’s poor, including a disproportionate number of black Americans. Is that justice?