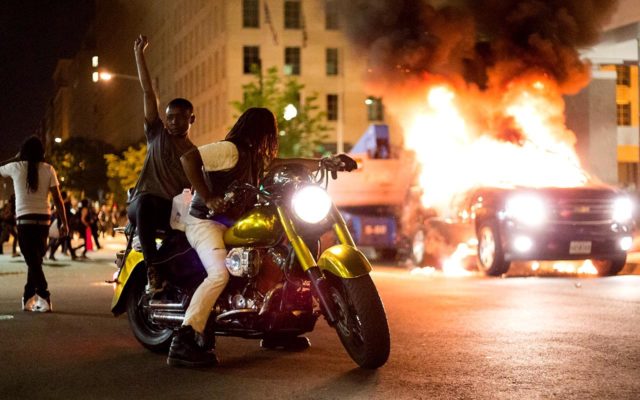 Those same officials…Democrats all…insist they MUST allow mobs of people to destroy cities: Rules on crowds bigger than 25, social distancing, and curfews mean nothing.

The rest of us see the Democrat double standard.

Those officials know when the smoke clears, voters will remember who allowed the destruction of their businesses, jobs and in some cases, lives.

Portland City council member Joann Hardesty advances the lunatic theory the blame for all of this falls on,  White Supremacists.  Evidence? She doesn’t need any.    Reporters don’t even ask for proof.

Lew Frederick blames police.  Despite success as a TV reporter and a State Senator, he admits every time he sees a cop, quote “I still wonder whether I’m going to die”.

He apparently buys the protesters slogan…”All cops are bastards”.

Last night in Portland, the mob demanded officers get on their knees to prove they’re not racist.

Surprising No One, Oregon's Democrats Break Their Latest Promise

Is natural covid immunity unreliable like the CDC claims?