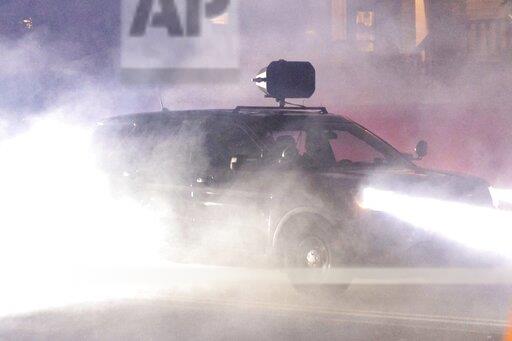 Photo By: Sipa USA via AP

11 million people live in Oregon and Washington.  For the last half century, governments in both states have made a big show of taking endless public testimony about every subject.

Now if just a few thousand citizens burn and break things and attack people and institutions…they call the shots.

Last night, Portland Police arrested 9 rioters. But since the new district attorney dismisses charges left and right,  rioters know they can ignore the law.  Last week, one felony rioter saw charges dismissed in days, so he went out and rioted again last weekend, got charged and charges dismissed.

Even an idiot gets that message.

In Seattle today, the black woman who serves as Police Chief tells the city she’s quitting.

Reporters call it surprising.  What a crock.

The city just cut ten percent of her officers, with the promise of more cuts ahead.  The courts tied the hands of police, and Chief Carmen Best lost her best tools for crowd control.  I don’t blame her. Radical city officials WANT her to lose this fight.

A new Gallup poll shows 81% of black Americans want the same police in their neighborhoods or MORE.  But public officials don’t listen to citizens anymore…they’re mesmerized by the mob.