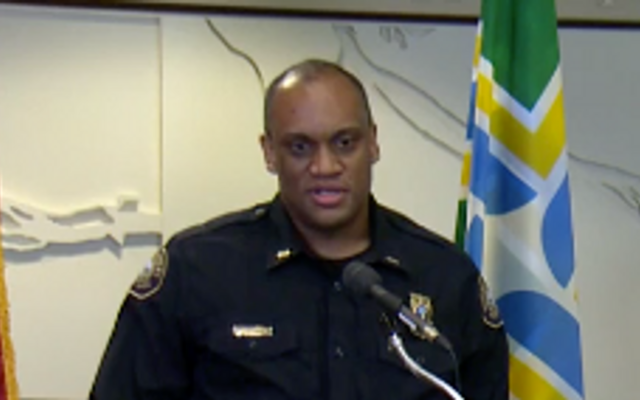 In many ways, I feel pity for Chuck Lovell. 2 and a half months ago he grabbed the brass ring and gets elevated all the way from Lt to Police Chief of a major American city.  These days, he must think he won the booby prize.

His spineless boss, Mayor Ted Wheeler, actually backs the rioters out in the streets who own the high ground in battles Lovell knows he’s required to lose.

As he said in a press release yesterday, his officers go out every night, quote “knowing they will have rocks, fireworks and more thrown at them”. And they can’t fight back.

Chief Chuck says morale is low.  Yep, it can’t be popular to command a modern, well trained police force…and tell officers to go out and take the abuse so Tear Gas Teddy can make political points in an election year.  Risk your life or serious injury as pawns in uniform.  Can’t imagine the men and women in blue admire the guy willing to be the stooge for that kind of nonsense.

he has a choice.  To quote one of my favorite fictional cops, Chuck Lovell could tell the Mayor, “you can fire me, but you can’t tell me how to do my job”.  Lovell could do what the black woman who heads the Dallas cops did a few weeks ago: arrest a few hundred of these criminals, book em, make a public demand that the snowflake DA prosecute em…and double dog dare Wheeler to fire him.