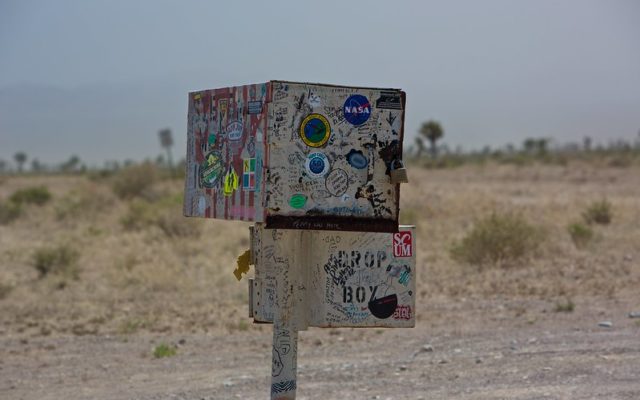 Photo By: Craig Mirkin via Flckr
I suggest we throw the crazy theories about removal of the U.S. Postal boxes in the same place we put all that junk mail: in the round file.
Lately, politicians here in the northwest have sounded like listeners to late night radio conspiracy shows…”Donald Trump’s taking all the post office boxes and we won’t be able to mail our ballots” they wail.
Ridiculous.
U.S.P.S. took out 12-thousand boxes during the Obama administration.
They took ‘em out because use of first class mail has dropped like a rock for the last decade and the Postal service loses billions.
Donald Trump appointed Louis DeJoy Postmaster General, a man who built a trucking company with 7-thousand employees. DeJoy knows a thing or three about getting stuff delivered.
He has been patiently explaining to these conspiracy addled members of congress that mail ballots won’t stress U.S.P.S.
The Postal Service handles almost 500-million pieces of mail a day. 100-million ballots…if we get to that number this year…delivered over ten days won’t make letter carriers break a sweat.
The whole story’s a fake…designed as a political attack during an election year…and designed to get congress to write a check for 25-billion without insisting the post office make changes to save money.
TheLarsLarsonShow · Lars Thoughts – Politicians here in the NW have sounded like listeners to radio conspiracy shows
Tweets by LarsLarsonShow