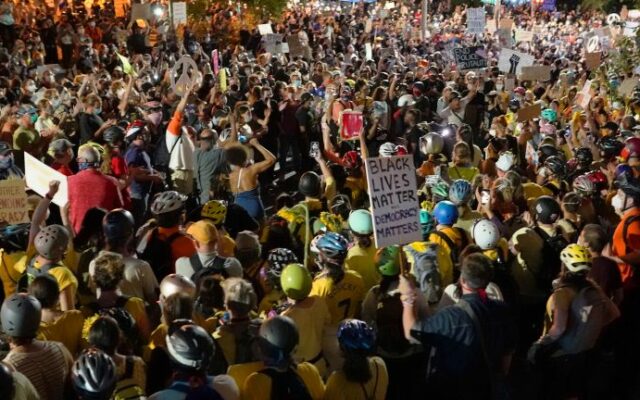 The kidnap/assassination plot aimed at Michigan Governor Gretchen Whitmer outrages me as much as anyone.

Criminal, lawless behavior. Yet, we’re a nation of laws, right?

Not so much when elected politicians choose NOT to enforce the law and play political favorites.

Which brings me to the shiny new DA of Multnomah County, Antifa ally Mike Schmidt…with not even 100 days in office.

This week, we learned that Schmidt deliberately, purposely and politically declined to prosecute 80% of the crimes reported to him by police.

DA’s get worried when that number tops 30%.

Schmidt’s actions take it into the prosecutorial stratosphere.

The DA excuses violent, felony crimes because he believes in the cause of the rioting mob.

The Constitution’s guarantee of “equal treatment under the law” ain’t just about fairness.

When citizens see some people getting favorable treatment, while THEY get held to the letter of the law…

It fueled MLK’S March on Washington in 1963.