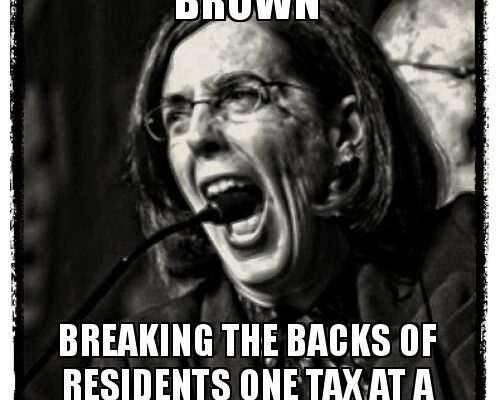 What’s the old joke about the three famous lies?  One of them is “The check’s in the mail”.  Another is “I’m from the government and I’m here to help”.

Take the employment division of Oregon which, believe it or not, currently owes citizens literally  hundreds of millions of dollars.

This week, they announced they are “pretty sure” they will soon start paying up…months late.

They’ve owed the so-called “waiting week” money to the unemployed since the start of the pandemic back in the winter of this year.

But Lars, you say, how is this Kate Brown’s fault?

Well, she knew about the problem of stone age computers in the employment division for the years while she was secretary of state.  She even issued an audit pointing out the problem.  Did nothing

Congress gave her the money to fix the problem: did nothing.

Then she became Governor…still had the money to fix it…and did nothing for five long years.

Then the China Virus arrived, 300-thousand people lost their jobs.

And those prehistoric computers ground to a halt.

Kate’s six figure paychecks never stopped.  Her state workers never missed a payday.  In fact, many of them didn’t have to do their actual jobs…but still got paid.

And now the “never very competent” government of Governor Kate Brown is “pretty sure” it can get the checks out but she’s slapped down an edict on your thanksgiving.

When Governors Jay Inslee and Kate Brown tell the rest of us how to live our lives, I am inclined to ask them: have you done YOUR job yet?