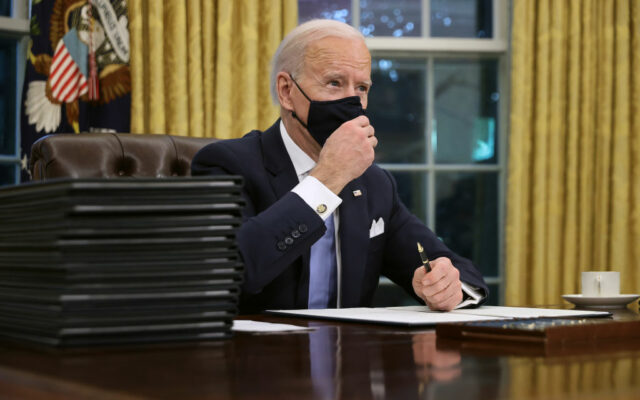 Consider all the things Joe Biden got done on just his first half-day on the job.

He killed the Keystone pipeline project to bring oil from Canada to the Gulf coast.

That pissed off Canada.  It kills 8 thousand jobs in both countries, most of them union gigs.

Speaking of which, do you think very many union workers realize their dues helped elect the President who just put them out of work?

It benefits China…because Beijing Joe has favors to repay for millions the Chicoms gave his family.

“First son” Hunter showed up at the inauguration but you didn’t hear any of the Biden-friendly media mention his scandals with graft and hookers and blow.

Mexico’s not happy that our new Amnesty President turns our southern neighbor into a freeway off ramp for thousands of illegals anxious to reach that revolving border door.

The President quickly signed us back up for the Paris Climate Scam.

In simple terms, it allows China to increase pollution for the next dozen years but slams down limits on U.S. pollution.

That means job losses for Americans.  It also means your home energy bills go up and your job may go away.

But like I said, Joe has favors to repay…you get to pay the bill.