Lame Duck Kate May Be Replaced By A Conservative 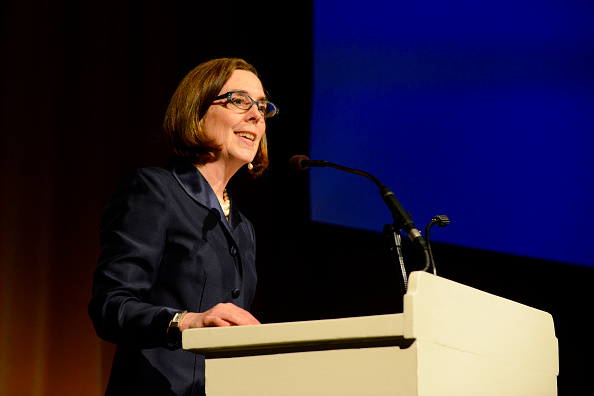 The last republican Oregon Governor left office more than a third of a century ago.

Since then, Governors who hail from the party of slavery and sanctuary for illegals have laid waste to the state.

Today at 1230, on my talk show, a republican with major backing from business announces her run…and the opportunity to fix what ails the state.

Oregonians have suffered mightily under Kate.  Riots and looting by Antifa terrorists went unanswered by Kate Brown…who agreed with their anti cop chants.  Trees burn every single year and fill the air with smoke because of bad forest management.  People put out of work by the pandemic wait months for money they’re owed.  Flawed state computer systems melt down and Brown fails to even follow HER OWN warnings to replace them.  Illegal aliens steal jobs and social services yet Brown gives them top status while she ignores the concerns of real Oregonians.

Voters can fix that despite a flawed mail voting system that invites fraud.

Today, I’ll give some extra time to a longtime conservative activist who decided to throw her hat into the ring.

I hope you’ll take the time to listen to what she has to say when she announces her run for Oregon Governor, on my talk show at 1230.

The Government Tells Lies And Confuses The People On The Best Of Days, So Why Would The Vaccine Be Different?

Seattle Mayor Changes Her Mind On Defunding Law Enforcement, It Only Took....