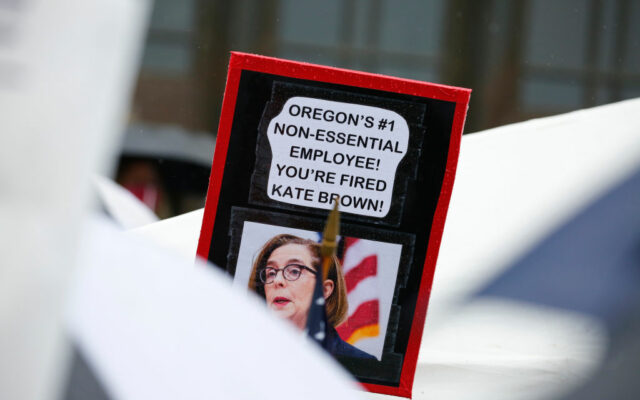 A tweet from Texas got me thinking this weekend.

You see, Governor’s Jay Inslee and Kate Brown here in the Northwest claim they’re doing all they can to get that Trump Vaccine in people’s arms.

Then I saw Texas Governor Greg Abbott’s tweet.  179-thousand shots a day.  That’s 15 times as many.   Yes, Texas is bigger, so let’s compare apples to apples.

Texas has 7 times the population, spread out over 2 and a half times as many square miles as Oregon.

It has only 4 times as many state employees and its per person spending on public health is nearly identical to Oregon.  21.83 versus 21.43.

So how did a state with far fewer state employees per capita, and 7 times as many people to vaccinate…with the same dollars…give out 15 times as many vaccinations?

My answer?  Red States get results while blue states fail.

If you don’t believe me, just ask anyone still waiting for an unemployment check…or a parent waiting for schools to open…and ask anyone why Kate Brown keeps holding vaccine meetings illegally in secret.

Successful people don’t hide what they do.  Only the fraudulent fear exposure.