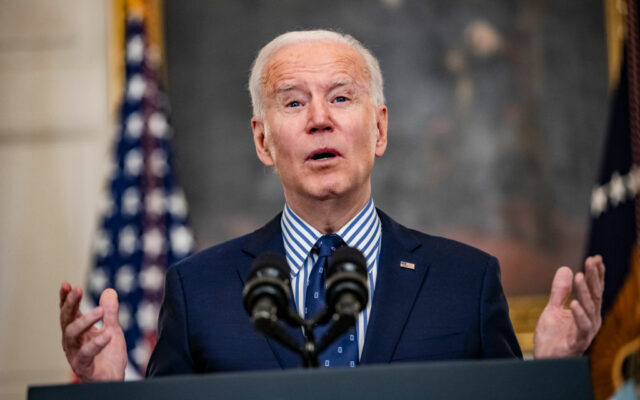 America has a problem, and his name is Joe Biden.

President of the United States and Commander In Chief of our military, yesterday Biden forgot the name of the Pentagon and the name of his Defense Secretary.

A week ago in Texas, he literally stopped during a speech and asked anyone listening “what am I doing here?”.

Those two items from dozens of examples during his campaign for President and since he took the oath may explain something:

Joe Biden’s staff won’t let him meet with reporters and let them ask questions of the leader of the free world.

Roosevelt, Truman and Kennedy met with the press a week into Presidency.

Biden now holds the record among all American Presidents.  7 weeks…49 days…have gone by and the White House says it has no plans to put President Dementia in front of even the very friendly press corps he enjoys.

And there are plenty of things to ask about:

A raging crisis on our southern border with tens of thousands of unaccompanied children crossing illegally into the U.S.

One bill in the Congress that lets the federal government seize control of elections from your state officials.

Another one that strips 2nd Amendment rights from Americans…including millions of first time gun buyers who fear for their security as uncontrolled riots have damaged American cities.

I’d love to hear some answers from the President who bragged about how transparent he would be…but right now, Joe Biden is Hiding.