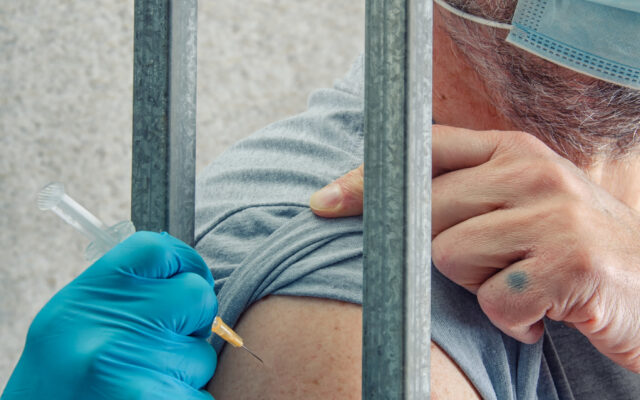 By any measure, Oregon’s ham-handed governmental response to the China Virus ranks among the most bizarre.  Allow me to offer up a few data points.

Governor Kate Brown decided the state would be the only state in America to put labor union teachers first and elderly citizens second.

Yesterday I learned that pedophiles locked up in segregated cells at Multnomah County’s Inverness jail got the Trump Vaccine before:

Older citizens, some nurses and doctors, and workers in assisted living.

Then late last night, a federal magistrate ordered that ALL prisoners get shots now.

You may hear it was a federal Judge…but Federal Judges are appointed for life by the President and confirmed by the Senate.  Federal magistrates can only issue an order if it’s signed off by an actual Judge…but Stacie Beckerman is an Obama appointee so i’m reasonably sure the state won’t object…even though her order makes your grandma a second class citizen to convicted criminals.

Ironically, Death Row in Oregon no longer gets you death but a life saving shot instead. Tell me that’s not bizarre

Meanwhile dozens of people on the state’s covid vaccine advisory committee…deciding which racial and ethnic groups get first consideration…it’s a Kate Brown thing…now meets in secret…you taxpayers aren’t allowed to watch them discuss how racial equity should guide those vaccination needles.