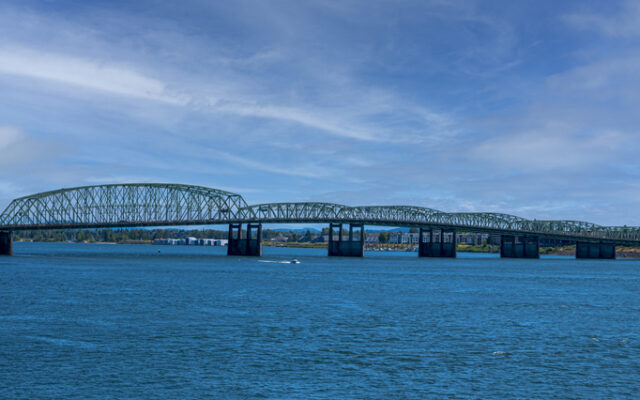 The last time Oregon and Washington tried to do this, they wasted ten years and 200-million bucks and came up with nothing.

We hear this week the plan for replacing the Interstate 5 bridge is nearly done.

What a surprise…the public doesn’t know how big it will be, whether it will just replace existing lanes or make more of them, we don’t know if it includes light rail, and we don’t know the price tag.

Government treats citizens like growing mushrooms…you keep them in the dark and feed them…well, let’s just leave THAT metaphor for another day.

Washington state has already committed a billion dollars to this mystery project.

Now, we hear it will almost certainly include highway tolls.

Let me point out that tolling interstate freeways is ILLEGAL under federal law unless Oregon and Washington can get an exception to the law.  It’s also hugely unpopular with citizens .

In a month we’re told the whole plan for the bridge will go public…but I know two things for certain.

The government doesn’t pay much attention to what the public wants or doesn’t want.

And the government wants to make this thing a done deal before they even let you know what they have planned.

So if you care about your wallet and your commute time, get ready for a big fight