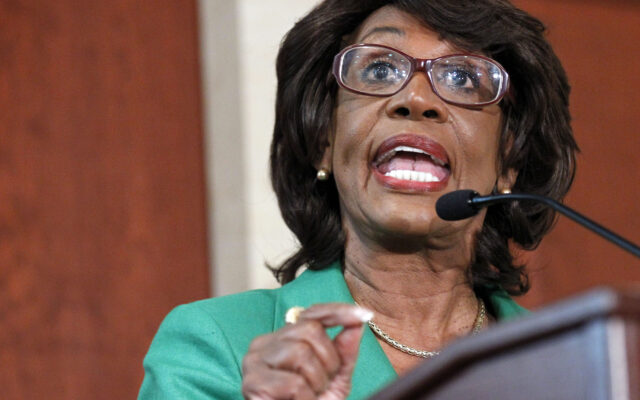 Just one hundred days ago, on January 6th, President Donald Trump stood on a stage in our capitol and told a rally, quote, “”everyone here will soon be marching over to the Capitol building to peacefully and patriotically make your voices heard.”

The Democrat controlled House of Representatives Impeached Trump for those words, claiming he inspired a deadly riot.

This past weekend, Democrat firebrand Maxine Waters decided to pour her own special brand of gasoline on riots that have gone on in Brooklyn Center, Minnesota for six days.

“We’ve got to stay on the street… we’ve got to get more confrontational,”

This isn’t the first time Mad Maxine has pushed for confrontations from crowds.

During the Trump Presidency, she told a crowd “If you see anybody from that cabinet in restaurant, in a department store, at a gasoline station; you get out and you create a crowd, and you push back on them, and you tell them they’re not welcome,”

Question is…will Water’s own party hold her accountable for comments that fuel the fire threatened in Minnesota after the shooting death of Daunte Wright and the impending jury decision in the trial of a Minneapolis cop accused of murder in the death of George Floyd?

And if the Democrats duck that duty (as I expect they will) will republicans stand up and take her on, or chicken out and stay silent.