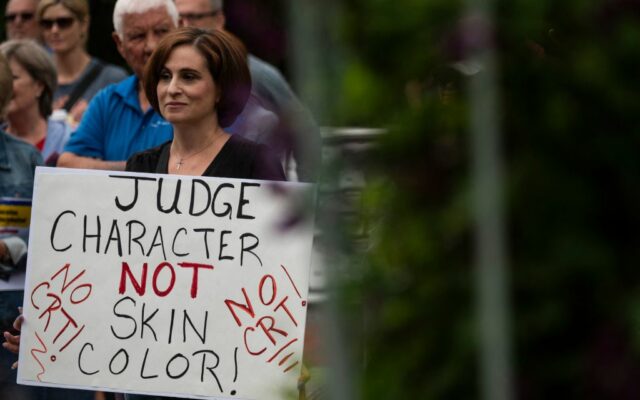 Liberals decided they wanted Americans to feel ashamed of being Americans.

They invented the idea that this country is an irredeemably racist nation, rooted in racism going back 150 years before its founding.

Thankfully, both the teachers and the kids are fighting back.

A teacher from Springfield Oregon at an elementary school finally had enough.  Curtis Crosswhite told me yesterday he was escorted out of the building for failing to show allegiance to Critical Race Theory…so his boss slapped a two day suspension on him.

A nine year old girl in another American community showed up at the school board meeting and distinguished herself by speaking out against politics in the classroom.  She points out that schools have promised to keep politics out of the classroom…and then turned around and started pushing Black Lives Matter philosophy on the kids.

Let me add one more data point.  In the last year, parents have pulled 1.3 million kids from the public schools.

In Oregon, it’s so bad the state legislature passed a law that lets every kid get a high school diploma, without proving he or she can read, write or do math.

Is it any wonder parents are abandoning the government run schools to find something better for their kids?