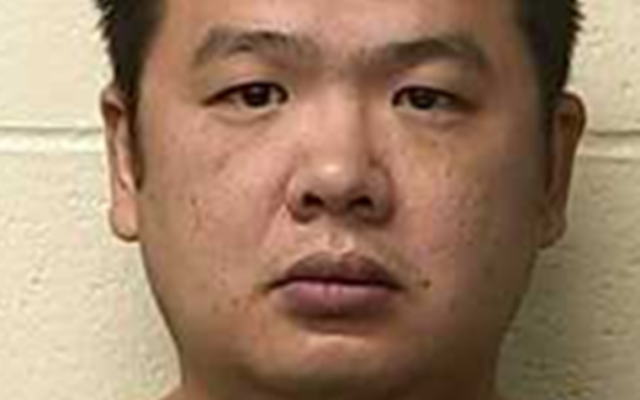 It has been an interesting first week in the month of October 2021 when it comes to criminal aliens (illegal aliens) here in the Pacific Northwest states of Oregon, Washington and Idaho.

This week we have a “Criminal Alien of the Week Report” for your radio listeners and webpage readers a news report on an illegal alien who allegedly cooperated a marijuana growing operation in the state of Oregon.

According to the JCSO news release the only subjects arrested by members of the Josephine Marijuana Enforcement Team (JMET) were identified as 34-year-old Chen Shu-Momg and 36-year-old Qike Wen.

Information obtained from the JCJ website indicated both men had each been charged with one count of Unlawful Manufacture of Marijuana Item, moreover, both individuals were released from the jail the same day.

An import bit of information not disclosed in the JCSO’s September 21st news release was the immigration status of Chen Shu-Mong and Qike Wen, the men who allegedly operated  the illicit marijuana growing operation as to whether or not they was legally or illegally present in the country.

So on Monday, September 27, 2021 the “Criminal Alien of the Week Report” contacted via e-mail U.S. Immigration and Customs Enforcement (ICE) Public Affairs Officer (PAO) David Yost to find out the historical immigration status of Chen Shu-Mong and Qike Wen.

“Chen Shu-Mong is a Chinese national who is unlawfully present in the United States. Shu-Mong lawfully entered the U.S. as a visitor March 3, 2021 but was required to leave by March 11, 2021. He was arrested Sept. 21, 2021 by local authorities in Oregon for unlawful manufacture of marijuana and released the same day before U.S. Immigration and Customs Enforcement (ICE) encountered him. As a result, ICE did not file an immigration detainer.” – David Yost, ICE Public Affairs Officer.

An OREGON JUDICIAL DEPARTMENT – Online Records Search on October 1, 2021 reveals after approximately eight working days after Chen Shu-Mong’s initial arrest on one count of Unlawful Manufacture of Marijuana Item there is no electronic record as of yet him being charged in Josephine County Circuit Court with the crime.

Now that illegally present in country Chinese national Chen Shu-Mong is apparently out of Oregon law enforcement custody, it remains unclear to the when or if the alleged illicit marijuana grower ever makes an appearance in Josephine County Circuit Court.

An unanswered extended question, call it a rhetorical question no one can answer at this time, how does Chinese national Chen Shu-Mong enter the United States legally on March 3, 2021 during the course of the ongoing COVID-19 pandemic, over stay his legal presence by not leaving the country on March 11, 2021 and then end up approximately 202 days later being arrested for allegedly being the cooperator of an illicit marijuana grow in Josephine County, Oregon?