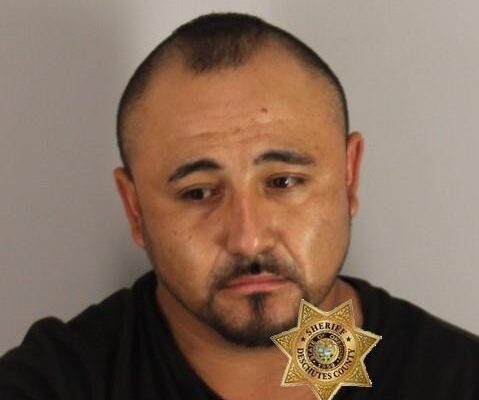 It has been an interesting the last week in the month of July 2021 when it comes to criminal aliens (illegal aliens) here in the Pacific Northwest states of Oregon, Washington and Idaho.

This week we have a report for your radio listeners on another illegal alien who has been charged with drug crimes in the state of Oregon.

In greater detail, the Oregon State Police’s news release disclosed an OSP Trooper stopped Yuridia Alonso Barrera, the driver of a 2006 Saturn, for an alleged lane violation on U.S. Highway 97 near milepost 128.

During the traffic stop of Yuridia Alonso Barrera, the Trooper noticed signs of criminal activity so a consent search was conducted. A search by police of the vehicle revealed approximately 4.4 pounds of methamphetamine and approximately 1.1 pounds of suspected fentanyl pills concealed in the vehicle.

After the discovery of the illicit drugs in the vehicle, Yuridia Alonso Barrera, age 38, and passenger Ernesto Adolfo Linares Gomes, age 33, were arrested and lodged on July14, 2021 in the Deschutes County Jail in Bend, Oregon.

The Oregon State Police were assisted in the arrest of the alleged drug traffickers by agents from Homeland Security Investigations (HSI) and members of the Deschutes County Sheriff’s Office.

Looking up Yuridia Alonso Barrera (aka Yuridia Barrera Alonso) and Ernesto Adolfo Linares Gomes (aka Ernesto Adolfo Linares-Gomes aka Ernesto Linares-Gomes) on the Deschutes County Jail Current Inmate List “JailTracker” indicates both individuals have been charged with one count of Unlawful Possession of Methamphetamine, one count of Unlawful Delivery of Methamphetamine and one count of Manufacture/Delivery of a Controlled Substance in Schedule II.

ICE does not have case information about the second individual.” – ICE Public Affairs.

Focusing on the purpose of this report, Mexican national immigration violator alleged drug trafficker Ernesto Adolfo Linares Gomes if found guilty and sentenced to prison in a Deschutes County Circuit Court room for the numerous drug crimes he has currently been charged with could result in him joining more than five hundred Mexican nationals, all of them with immigration detainers, who are incarcerated in the Oregon Department of Corrections (DOC) prison system.