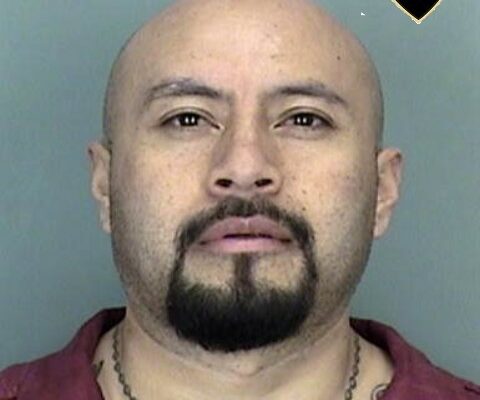 It has been an interesting the fourth full week in the month of May 2021 when it comes to criminal aliens (illegal aliens) here in the Pacific Northwest states of Oregon, Washington and Idaho.

This week we have a report for your radio listeners on an illegal alien, a repeat immigration violator, who has been charged, convicted and served time in prison for numerous crimes in the state of Oregon.

A search on May 18, 2021 by the “Criminal Alien of the Week Report” revealed Rigoberto Manzanares-Hernandez, country of birth Mexico, is now in the custody of the Northwest ICE Processing Center (NWIPC) in Tacoma, Washington.

Also on May 18, 2021 the “Criminal Alien of the Week Report” contacted by telephone and e-mail Oregon Department of Corrections (DOC) Communications Manager Jennifer Black to determine the time period Rigoberto Manzanares-Hernandez was in the custody of the DOC prison system for his most recent criminal convictions.

On the same day DOC Communications Manager Black sent via e-mail the following detailed information on the most recent custody history of Rigoberto Manzanares-Hernandez in the state’s prison system:

Rigoberto Manzanares-Hernandez was admitted to DOC custody on 9/19/2017, released on 4/14/2021 for resentencing, returned from court on 5/11/2021 and released to Post-Prison Supervision on 5/12/2021 as an immediate release.” – Jennifer Black, DOC Communications Manager.

Wanting information on the historical immigration status of Rigoberto Manzanares-Hernandez, the “Criminal Alien of the Week Report” on Wednesday, May 19, 2021 contacted via e-mail U.S. Immigration and Customs Enforcement (ICE) Public Affairs Officer (PAO) David Yost. The PAO covers the Northwest region of the country.

On Wednesday, May 26, 2021 ICE Public Affairs Officer Yost responded via e-mail with the following statement on Rigoberto Manzanares-Hernandez:

“Rigoberto Manzanares-Hernandez, 35, is a Mexican national unlawfully present in the United States. He was first encountered by U.S. Immigration and Customs Enforcement (ICE) at the Marion County Jail, Salem, Oregon, in October 2008; an immigration detainer was lodged, he was transferred to ICE custody, processed and voluntarily returned to Mexico the following month. Subsequently, Manzanares-Hernandez violated immigration law by unlawfully reentering without admission or parole; he was processed as an expedited removal in December 2008, and as a reinstatement of a prior removal order in June 2011.

Manzanares-Hernandez has multiple convictions including assault, reckless endangerment and driving under the influence in 2011; domestic violence and coercion in 2017; and illegal reentry after removal in 2018. On May 12, the Oregon Department of Corrections (ODOC) transferred custody of Manzanares-Hernandez to ICE; he was processed as a reinstatement of a prior order, and was transferred to the Northwest ICE Processing Center pending removal.” – David Yost, ICE Public Affairs Officer.

ICE continues to use the civil immigration enforcement priorities directed by the U.S. Department of Homeland Security (DHS) on Jan. 20, to focus its resources on threats to national security, border security and public safety. ICE will continue to carry out the duties of enforcing the laws of the United States to further the safety and security of our communities.

In accordance with the Immigration and Nationality Act (INA), illegal re-entry after removal is a federal criminal charge, and violators are subject to imprisonment if convicted. A person who is ordered removed, is physically removed, and thereafter illegally reenters, can be subject to reinstatement of the previous removal order.

Expedited removals occur when a non-U.S. citizen is denied entry into the United States and is physically removed, usually from a U.S. port of entry. Expedited removals carry the same legal consequences as a removal.” – ICE Public Affairs.

Fortunately, for the public safety of the residents of the state, on May 12th the Oregon Department of Corrections’ transferred criminal alien Rigoberto Manzanares-Hernandez to ICE custody.

Criminal alien repeat immigration violator Rigoberto Manzanares-Hernandez was one of 583 Mexican nationals, all of them with immigration detainers, who on April 1, 2021 were incarcerated in the DOC prison system.

Lars, the fourth full week in the month of May 2021 and another criminal alien report for Lars Larson Show KXL FM 101.1 Pacific Northwest radio listeners.