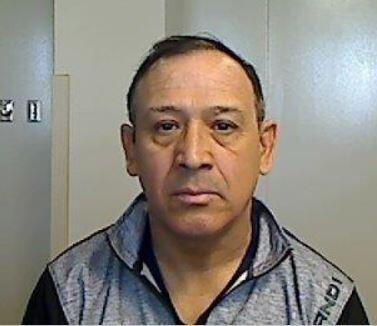 It has been an interesting first full week in the month of May 2021 when it comes to criminal aliens here in the Pacific Northwest states of Oregon, Washington and Idaho.

This week we examine a U.S. Immigration and Customs (ICE) Homeland Security Investigations (HSI) new release with a connection to the state Washington and the country of Brazil.

Here is an extended excerpt from the ICE Office Public Affairs news release:

SPOKANE, Wash. – Homeland Security Investigations (HSI) special agents are asking for the public’s help to identify potential minor victims of inappropriate sexual contact and for investigative information concerning a man who volunteered at multiple local volleyball clubs from 2017 to 2021.

The suspect, Sergio Donizetti Luciano, 59, who is currently in federal custody, is a fugitive from justice in Brazil with a prior conviction for rape of a minor. While there may or may not be any victims in the United States, there is an ongoing HSI investigation into that possibility. . .

On Monday, May 3, 2021 ICE Public Affairs Officer David Yost responded via e-mail with the following statement on Sergio Donizetti Luciano:

“Sergio Donizetti Luciano, a 59 year old, Brazilian national, was arrested April 20, 2021 by U.S. Immigration & Customs Enforcement (ICE) in Coeur d’Alene, Idaho, for overstaying his lawful visit to the U.S. by several years. Luciano is also wanted by authorities in Brazil. Initial records checks indicate he has a prior conviction for rape of a minor in that country.

Luciano has not previously been encountered by ICE. He lawfully entered the U.S., June 16, 2017, as a non-immigrant visitor in Atlanta, with permission to remain in the U.S. until Dec. 15, 2017. He failed to depart the U.S. in accordance with the terms of his lawful admission.

Any information related to Sergio Luciano can be submitted anonymously by calling the HSI Tipline at 866-DHS-2423, or filling out an HSI Tip Form. – David Yost, ICE Public Affairs Officer.

Lars, the first full week in the month of May 2021 and another criminal alien report for Lars Larson Show KXL FM 101.1 Pacific Northwest radio listeners.