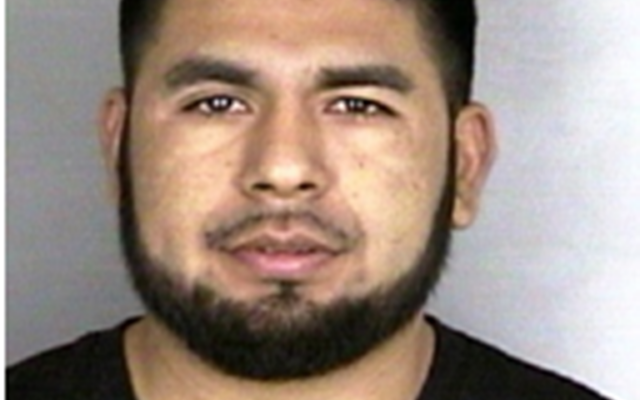 It has been an interesting first full week in the month of February 2022 when it comes to criminal aliens (illegal aliens) here in the Pacific Northwest states of Oregon, Washington and Idaho.

This week we have a “Criminal Alien of the Week Report” for your radio listeners and webpage followers an update on a criminal case of an illegal alien who was charged with shooting four Oregon residents killing three of them.

Ruben Rigoberto-Reyes and Edmundo Amaro-Bajonero died at the scene of the shooting; Katie Gildersleeve died later in the hospital; and Refugio Modesto-DeLaCruz would survive being critically wounded.

“Department of Homeland Security (DHS) databases indicate Mr. Oseguera has been repatriated to Mexico six times over the course of a decade. His initial repatriation in 2003 was based on a voluntary return.

In October 2007, Mr. Oseguera was arrested by ICE Enforcement and Removal Operations (ERO) officers in Oregon and placed in immigration proceedings. In December 2007, an immigration judge ordered him deported and he was formally removed to Mexico days later.

In November 2009, ERO officers took Mr. Oseguera back into custody following his release from the Marion County Jail. ICE reinstated his prior removal order and repatriated him to Mexico less than two weeks later.

The following year, in 2010, Mr. Oseguera was arrested twice in southern Arizona by Border Patrol agents with U.S. Customs and Border Protection (CBP). In both instances, DHS reinstated Mr. Oseguera’s past removal order and returned him to Mexico.

Since the initial arrest of Bonifacio Oseguera-Gonzalez on June 27, 2016 (5-years, 11-months and 11-days ago) in Marion County, Oregon the “Criminal Alien of the Week Report” has tried to tract the criminal case against him in Marion County Circuit Court using as a source for information the OREGON JUDICIAL DEPARTMENT – Online Records Search portal.

Wanting detailed clarification on the status of the criminal case, was the case ever resolved, against Bonifacio Oseguera-Gonzalez (Case Number: 16CR39371) in Marion County Circuit Court, on Friday, February 4, 2022 the “Criminal Alien of the Week Report” contacted via e-mail the Marion County District Attorney’s Office (MCDAO) requesting a news release on the MCDAO’s criminal case against Bonifacio Oseguera-Gonzalez.

Ruben Rigoberto-Reyes, 60, and Edmundo Amaro-Bajonero, 26, died at the scene.  Katie Gildersleeve, 30, was rushed by ambulance to Legacy Emanuel Hospital in Portland where she later died from her injuries.  Refugio Modesto-DeLaCruz, 28, was rushed by ambulance to Oregon Health Science University with critical injuries.  He survived and was later released from the hospital.

A description of the suspect and his vehicle was provided to area law enforcement.  Around 2 hours later near on I-84 east of Portland an Oregon State Police trooper located Bonifacio Oseguera-Gonzalez, 29, driving the described vehicle.  With the assistance of the Hood River County Sheriff’s Office and Hood River Police Department, Oseguera-Gonzalez was taken into custody without incident.

The investigation revealed that Oseguera-Gonzalez was a seasonal worker on the farm and returned for the harvest season to work.  There was an ongoing dispute between Oseguera-Gonzalez and co-worker Edmundo Amando-Bajonero, who challenged Oseguera-Gonzalez’s work ethic. On the morning of June 27, 2016, Oseguera-Gonzalez arrived at the farm workers’ housing unit armed with a loaded gun and was casually hanging out in the kitchen with everyone as breakfast was being prepared.  Katie Gildersleeve arrived to visit with a friend of hers who worked at the farm.

Oseguera-Gonzalez had been in custody since his arrest with a good portion of the time being at the Oregon State Hospital after being found unable to aid and assist in his defense.  He was eventually determined to be competent to stand trial by the court in late 2018. From that point forward, Oseguera-Gonzalez was housed at the Marion County Jail.  The defense gave notice of intent to rely on an insanity defense (namely, schizophrenia) based on an evaluation by Dr. Susan Valasquez who opined that Oseguera-Gonzalez was unable to appreciate the criminality of his criminal conduct and unable to conform his conduct to the requirements of law.

After discussing the risks of trial with the victims and the possible outcome that Oseguera-Gonzalez could be found guilty except for insanity on all counts at trial and remain exclusively under the jurisdiction of the Psychiatric Security Review Board,  the Marion County District Attorney’s Office entered into a stipulated settlement agreement with Oseguera-Gonzalez

On November 23, 2021, before the honorable Judge Tracy Prall, Oseguera-Gonzalez entered pleas and was sentenced as follows:

Count 1:  Guilty plea to the lesser included offense of Manslaughter in the First Degree with a Firearm in the death of Edmundo Amaro-Bajonero.  Sentenced to 10 years prison (120 months) in the Oregon Department of Corrections pursuant to ORS 137.700 with 36 months post-prison supervision, concurrent with Count 2.

Count 3:  Guilty plea to the lesser included offense of Manslaughter in the First Degree with a Firearm in the death of Ruben Rigoberto Reyes-Mendoza.  Sentenced to 10 years in prison (120 months) in the Oregon Department of Corrections pursuant to ORS 137.700 with 36 months post-prison supervision, consecutive with count 1 and concurrent with Count 2.

Count 4:  Guilty plea to the Attempted Murder in the First Degree with a Firearm of Refugio Modesto DeLaCruz.  Sentenced to 90 months in prison in the Oregon Department of Corrections pursuant to ORS 137.700, with 36 months post-prison supervision, with 5 years (60 months) consecutive with Counts 1 and 3, concurrent with Count 2.

1 The Psychiatric Security Review Board would have the exclusive authority to determine whether to keep Oseguera-Gonzalez in the Oregon State Hospital or to release him on a conditional release.

Count 5:  No contest plea to the Attempted Murder in the First Degree with a Firearm of Jesus Zavalet-Bahena.  Sentenced to 90 months in prison in the Oregon Department of Corrections pursuant to ORS 137.700, with 36 months post-prison supervision, concurrent with all counts.

Oseguera-Gonzalez was given credit toward his sentence for the time held in custody (at the Marion County Jail and Oregon State Hospital) from the date of his arrest by operation of law.

Restitution in the total amount of $91,230.29 for all victims was ordered as part of the final judgment.

The intent of the stipulated sentencing agreement was for Oseguera-Gonzalez to serve his sentence on Count 1 at the Oregon State Hospital where he would remain as long as he met the criteria for commitment (i.e. qualifying mental disorder and substantial danger to others).  If discharged by the Psychiatric Security Review Board or conditionally released, he would serve the remainder of his sentences for counts 1, 3, 4, and 5 (a total of 25 years) in the Oregon Department of Corrections.” – Amy M. Queen, Marion County Deputy District Attorney.

Theoretically, if six-time-deported Mexican National Bonifacio Oseguera-Gonzalez were released today from the Oregon State Hospital and turned over to the Oregon Department of Corrections (DOC) he would join at least 110 criminal aliens incarcerated homicidal violence in DOC prison system.