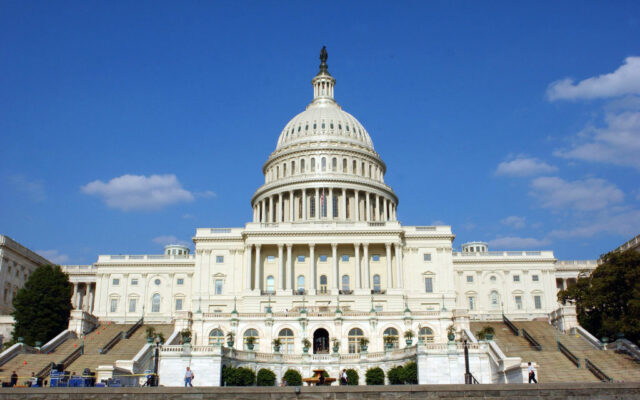 First, by holding a 2nd Senate trial for a President.  That’s never happened before.

Only the man they put on trial today hasn’t been President for almost a month.

That’s where the second piece of history gets made.

You see, the Constitution empowers the Senate to hold a trial for any impeached President using whatever rules it wants to create.

You see, the Founders of this great country didn’t like the way Britain treated its subjects.  Caused a revolution.

Parliament could put anyone on trial anytime they felt like it.  So, they wrote our Constitution to allow trials only of federal officers, elected or not.

And the 3rd historical achievement of the Democrat majority Senate?

Donald Trump gave a speech one month and three days ago.

Nothing in that speech invited a mob to crash into our capitol.

But that’s what democrats impeached him for

Only the FBI now says the mob planned its crimes weeks before Donald Trump took to the stage that day…planned their crimes on Facebook.  Maybe Zuckerberg should be on trial.

And item number 4.  We will see, this week or next, the only time the Senate has acquitted the same person two times.  It’s history for sure…just not the good kind.

To learn more about today’s circus, here’s an overview by the Epoch Times:
https://www.theepochtimes.com/trump-impeachment-trial-to-kick-off-democrats-claim-grievous-constitutional-crime-defense-says-political-theater_3690643.html