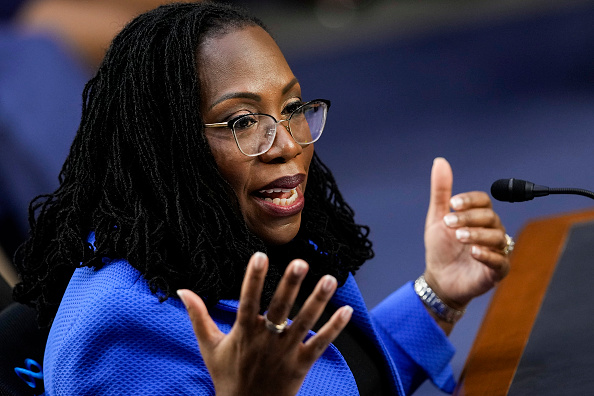 Joe Biden made political points as a candidate for President by promising to name a black woman to the Supreme Court if he got the chance.

Yesterday, in her confirmation hearing, Senators asked Judge Ketanji Brown Jackson if she could define “woman”.  Her answer: “I can’t.”

She added , “I’m not a biologist”.  Well, I’m not either, but I’ve never had a problem telling the difference.

How precisely will Judge Jackson decide issues like title 9, transgender athlete and workplace discrimination when, as a woman, she can’t tell you what a woman is ?

Senators also asked Judge Jackson when life begins.  That’s another issue that comes before the Court from time to time.  She told the Senators, “I don’t know”.

Then she was asked about Critical Race Theory.  You’d think the historic first black woman named to the Supreme Court would ace that one.

Her answer:  “It doesn’t come up in my work as a Judge.  It’s never something I studied…”.  Cruz points out out that Critical Race Theory is taught in several grades at the elite Georgetown Day School where Judge Jackson serves on the board of directors.

Senators asked Judge Jackson about the infamous Dredd Scott case in which a black American sued to win his freedom from slavery and the Supreme Court denied him.

As the song says, She “don’t know much about history, don’t know biology” but I’m sure she’ll be a reliable liberal vote on America’s supreme court.