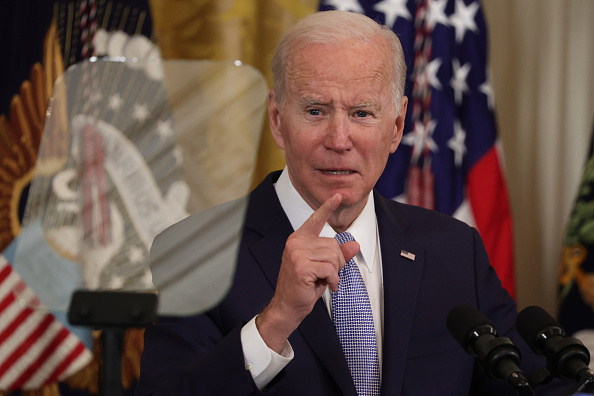 If you haven’t already, brace yourself for more of those “mostly peaceful” protests the TV anchors liked to describe during the summer of riots.

A leaked draft opinion from the U.S. Supreme Court shows Justices plan to do something they should have done a long time ago…overturn the deadly error of Roe Vs Wade.

I suspect the leak comes from a liberal law clerk working for one of the Justices who didn’t like the upcoming decision and is trying to sabotage it.

So, we have a criminal action by a federal government employee…so let’s just call it what it is…an insurrection.

An attempt to overturn the proper function of a government agency by the reaction of the mobs that started forming almost immediately after news of the leak last night.

Joe Biden should be ashamed of himself too.  Because his reaction was not outrage that such a leak happened…

Biden didn’t caution Americans to wait for the Court’s decision and then respect it.

President Biden instead suggested that because Roe has been in place nearly fifty years…that makes it the “law of the land”.

I have news for Joe Biden: the supreme court has made big mistakes before, like the Dred Scott decision…that stayed in place for decades.

Roe is no different…and if Joe says we should not respect the Court’s decision and stand by it…then why should we respect any decision he makes.