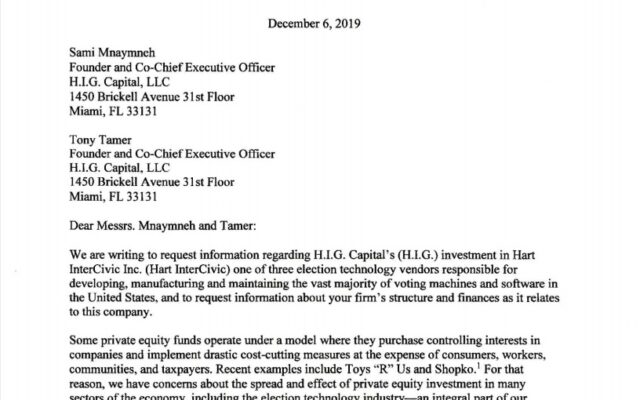 We received a copy of a letter from Oregon Sen. Ron Wyden, Sen. Elizabeth Warren, and Sen. Amy Klobuchar to the investment firm HIG in regards to voting machine software security. This letter outlines the massive problems Democrats had with our voting software as recently as December of 2019, and lists some of the same potential flaws, and issues that President Trump has mentioned, and been ridiculed for by not only the media, but some of the same Democrat politicians who sent the letter.