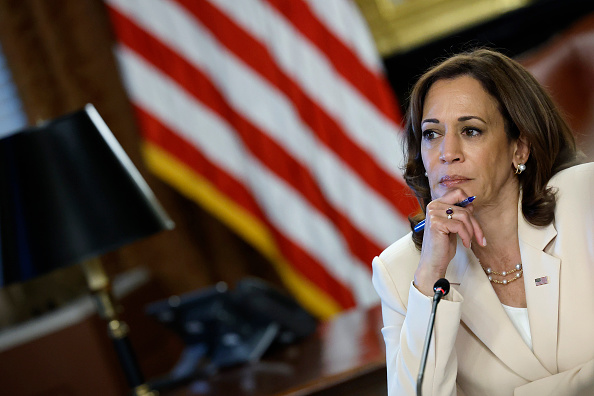 Well, If Kamala Harris won’t come to the border, then the border can come to Kamala.

Early this morning two buses, carrying a hundred illegal aliens pulled up at the Naval Observatory in Washington, DC…the official home of the Vice President.

It serves as a good slap of reality to cackling Kamala about the realities that too many Americans face during the deadly and expensive border invasion that Joe Biden created.

A year and a half ago, Biden was feeling the heat on the illegal alien crisis, so he named Kamala Harris his Border Czar.

Since then, the Veep hasn’t visited America’s border even once.

Last weekend, she had the chutzpah to tell Chuck Todd that the border is secure…after he asked her about the 2 million illegals who have crossed into America in the last year.

The Vice President is either blissfully ignorant of the facts or lying or a little bit of both.

In any case, a harsh dose of reality showed up on her doorstep this morning…men, women and children toting backpacks and blankets, sent there on a bus by Texas Governor Greg Abbott.