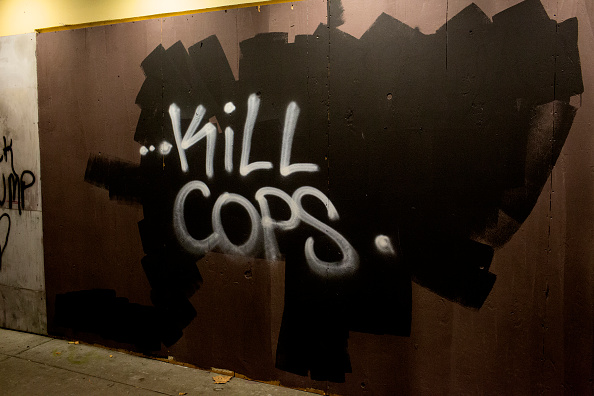 Can we please stop calling them “protestors.”?

You know, people who throw “explosive devices” into businesses, set buildings on fire, break windows and generally cause chaos and put lives in danger?

Their latest crimes came in Northeast Portland…busting up a Starbucks, hurling explosive devices, setting a dumpster on fire at a police precinct that required the fire department to extinguish.

The Northwest has now seen literally years of this kind of criminal and terrorist behavior…and the mainstream media called it “mostly peaceful protest”.

And what were these protestors upset about?  An already convicted criminal in Michigan fought the cop who tried to arrest him and grabbed his gun.

The cop shot him and he died.

Most of the people shot and killed by police in a given year…about a thousand…are white.  This criminal was black.  And he fought the cop and he nearly got the gun away from the officer.  God only knows what would have happened.

But this man was black.  Somehow, so called “protestors” more than 2-thousand miles away, here in the Northwest, think the shooting justifies busting up businesses and setting fire to the cop shop.

Let’s call this one honestly.  Patrick Lyoya is a convicted criminal.  His death came from his own bad decision to resist arrest.

And people who use bombs and explosives and broken windows to make their point are nothing but terrorists.

By the way, despite the so-called “protest” going on for hours before ending with the fire at the police precinct, no arrests were made.

Wonder how city hall will explain that?