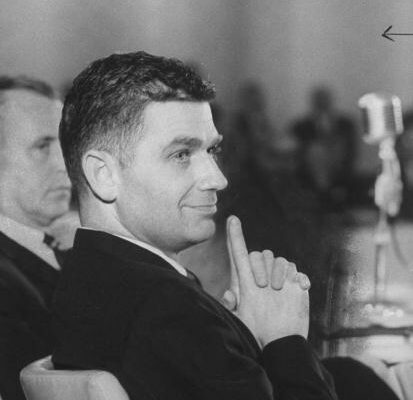 This week would have marked the 100th birthday of a man who did so much for the state of Oregon that it’s hard to cover it all.

Before that, he served in the U.S. Navy commanding a landing craft at Iwo Jima and Okinawa and walked in the ashes of Hiroshima after the U.S. ended the war by dropping the atomic bomb.

I’m proud to have called Senator Hatfield a friend so I heard those stories first hand from him in his latter years.

It comes as no surprise that a man so talented …and his wonderful wife, Antoinette would have talented children and one of them joined me on the show.

Oregon loved Visko’s dad…but his dad would not be happy with the way the place looks today…and he gave voice to that at his father’s memorial this week.

Listen to the interview below between Lars, and a man who said what he thought of the current state of Oregon at an event with Governor Kate Brown sitting right there in the front row

TheLarsLarsonShow · Visko Hatfield – What would your father think about what Portland has become?
Tweets by LarsLarsonShow