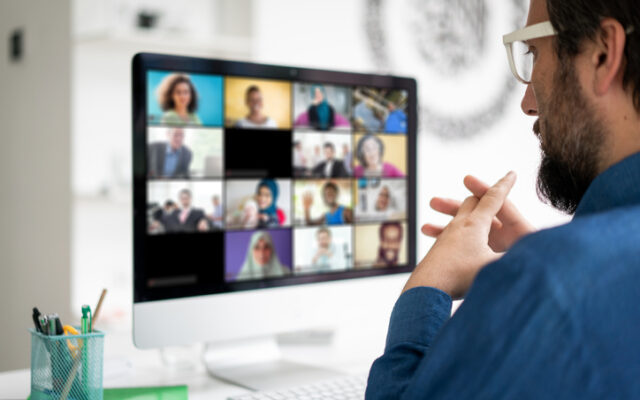 Working at home having a video conference with colleagues

Cowardice runs deep in our so-called leaders here in the Northwest.

The public who showed up to testify were, understandably, unhappy and said so out loud.  That’s the part of the Constitution about “redress of grievances” and “free speech.

Mayor Feckless must have missed THAT class at Harvard.

So, the Mayor locked the public out of the public hearing and went online.

Harry Truman might have told him “If you can’t stand the heat, Ted, get out of the kitchen”. But then Truman was made of sterner stuff.

He dropped two atom bombs and ended a war.

Feckless Ted can’t even stop drug-addicted squatters from using your streets as toilets.

The North Clackamas school board ALSO chickened out on public testimony.

That Board also went online, cowering behind its cyber wall.

Watching it on TV ain’t the same.