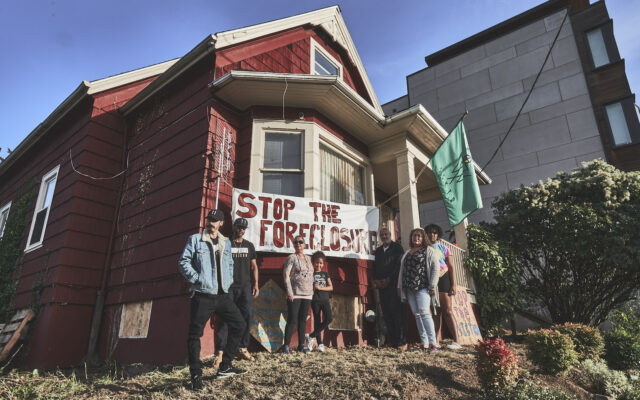 Seattle had an autonomous zone that only ended after two murders and a lot of other random violence.

Now, some activists want an autonomous zone in Portland.

They’re using a place called “the red house”. They accuse police of wrongly removing a “black and indeginous” family “that owned the house for decades”.  Yes, it has all the right political language of the day…and yes, the family DID own the house. They don’t anymore…and that’s really the more interesting story.

18 years ago, the Kinney family achieved the American dream…they owned the house free and clear. Then they borrowed a lot of money on it to pay the legal bills of 17 year old William Kinney the third, who killed a man in a high speed car crash.

The mortgage didn’t get paid, the bank foreclosed two years ago and the property was sold.

The Kinneys stayed and now their cause has become the latest excuse for an autonomous zone.

Mayor Ted Wheeler, who used kid gloves on violent rioters all summer, to win an election, now says police should use “all lawful means to end an illegal occupation”

Elections do have consequences.

Seattle’s autonomous zone only ended after two murders of people of color and a lot of random violence.