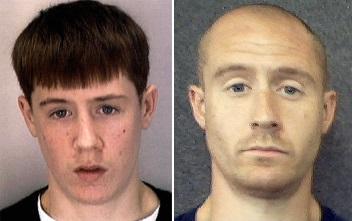 I warned you last year that Thurston High School killer Kip Kinkel would still try to get out of prison.  He murdered his dad, then his mom, then killed two kids at his school and wounded 25 more, planted bombs, and taped a knife to his leg and tried to gut a cop while he was handcuffed in custody.  Sound Dangerous enough? A judge gave him more than a hundred years.  But after Oregon lawmakers changed the rules on convicted criminals last year, Kinkel’s attorneys argue that their client has been treated unfairly…because he was only 15 when he did the deeds.  They told a court this dirty dog should be up for parole in less than 3 years.  His current parole date is 90 years from now. Now, consider what voters did just this week.  In Oregon’s biggest county, they elected a DA who believes killers like Kip Kinkel belong in juvenile court.  If those had been the rules, the Thurston high mass murderer would have walked out of custody a dozen years ago. Elections have consequences and one of them is more killers on the street.  That’s just one reason I carry a gun.