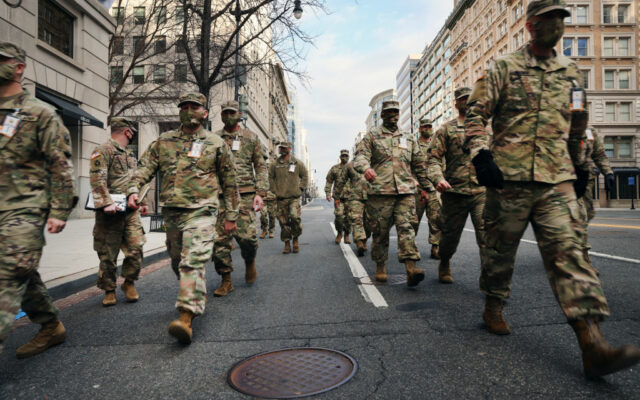 A world record for the greatest number of national guardsmen to ever attend a Presidential inauguration.

And don’t worry about Joe Biden making false claims about how many private citizens attended…for all intents and purposes, that number is as close to zero as possible.

Today we’re told that all of those citizen soldiers are being vetted to make sure they have sufficient loyalty to Joe Biden and Kamala Harris.

If it reminds you of Communist China, which has something called “social credit” scores for citizens…which puts limits on what the government allows them to do…based on their loyalty.  Apparently similar rules have now been applied to our National Guard troops to cleanse them of citizens with the wrong political point of view.

If you wondered what Beijing was buying when they paid tens of millions to Hunter Biden…well, you’re looking at it

And Washington DC today has a look a lot like East Berlin under soviet occupation.

Imagine what we could have done with our Mexican border…if we only wanted to.