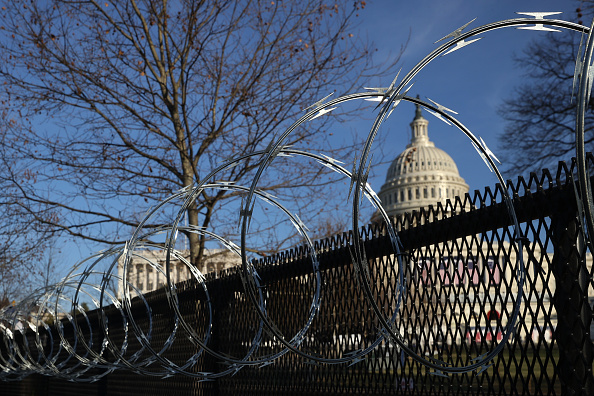 Congress…which rejected a wall to keep foreign invaders out of America now builds a razor wire barrier to keep Americans out of their Capitol.

The FBI now admits the capitol building riot was planned for weeks before the speech that got the blame for the riot…figure that out.

We told you Black Lives Matter or Antifa terrorists were part of the mob…and sure enough…federal charges have been brought against a Utah man…a BLM agitator.

Democrats threaten to hold a Senate trial for Donald Trump after January 20th, despite the fact it’s unconstitutional…and despite numerous Supreme Court decisions against it.

Elected elites who stoutly opposed using the national guard to address months of riots and arson and murder in American cities…now have deployed that same national guard around state capitols.  Protection for me but not for thee?

More U.S. military is deployed in Washington D.C. than we had in Iraq and Afghanistan combined.

And the China virus vaccine…created in record time thanks to President Trump is now on the slow boat to delivery because of incompetence at state and local health departments.