Lars Listeners – A Combat Vet Needs Our Help, See His Story And Help Him If You Can

Iraq combat vet Scott Beaudry was hit by a stray bullet while out with friends. The round broke his collar bone, and is now lodged inside his body. Because of the wound, Scott must take 6 weeks off of work to recover and would appreciate any help Lars listeners can provide.

CLICK HERE TO HELP SCOTT AND HIS FAMILY
Here is the email he sent Lars:

A little back ground.  I am an Iraq combat vet.  I did 2 tours in Iraq and volunteered to extend for a third tour.  I was in the Marines for 2003-2007.  I’m a logger now and run a shovel/log loader and listen to your show everyday!  I am 100% pro second amendment.  I own many guns!  I don’t blame the gun for getting shot.  I blame the person holding the gun.  Just wanted to share my story with you and you listeners.  So I was out with a group of friends on Saturday riding our side by side UTV’s we had just left the Christmas Valley Sand Dunes and cruising down a gravel road about 30mph.  All UTV’s had flags on and there were 13 UTV’s in the group.  I was about 100 feet behind the person in front of me when suddenly it felt like a rock hit my chest but I have a full windshield.  Thought that was odd, so just continued driving, I started to feel something wet in my shirt so continuing to drive I took one glove off and felt it and seen red on my fingers, thought some young punk was hiding in the sage brush and hit me with a paint ball.  So put glove back on and continued on a bit until my chest was getting soaked.  So that’s when I stopped and figured out I just got shot.  I put my finger in the hole in my chest trying to figure out if the bullet was still in me or if it hit my collar bone and flew back out.  One of my friends called 911 and within minutes the sheriff deputy showed up.  He wanted to cut my sweatshirt off, however it was one of my favorite sweatshirts so before he could cut it off I just removed in myself.  The lake county first responders showed up and had a look just told me to keep putting pressure on it.  Ambulance showed up and gave me a ride for about a mile and a half back to the LZ they have for the Dunes.  Got life flighted to Bend hospital.  Broken collar bone and they are leaving the hollow point bullet in me as they say it will cause too much damage to remove it.  The investigation is on going as to who was shooting towards the road and why the hell they were shooting towards the road.  A friend of mine set up a gofundme because even if the VA pays for all the bills, I still have many weeks of recovery and missing work ahead of me.  I hate receiving charity but this stuff can get expensive quick!

Joe Biden Doesn't Just Forget His Speeches, He Forgets To Pay His Fair Share Of Taxes

Guns Save More Lives Than They Take 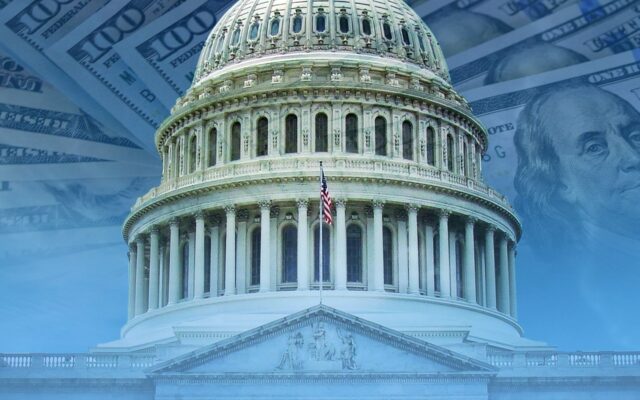 Should There Be Term Limits For Members Of Congress?