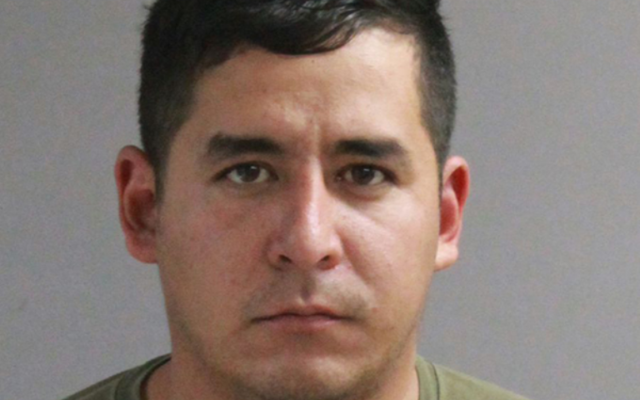 It has been an interesting second full week in the month of September 2021 when it comes to criminal aliens (illegal aliens) here in the Pacific Northwest states of Oregon, Washington and Idaho.

This week we have a “Criminal Alien of the Week Report” for your radio listeners and webpage readers a news report on an illegal alien property owner who allegedly operated a marijuana growing operation in the state of Oregon.

The only subject in the JCSO news release who was identified by name and arrested out of 111 individuals who were taken into custody, interviewed and released during the take down of the two illicit marijuana grows by the “Illegal Marijuana Enforcement Team” (IMET) was 33-year-old Mexican national Hernan Sanchez Villalobos.

Hernan Sanchez Villalobos has been charged with “felony prohibited import or export, unlawful possession, unlawful manufacture, and conspiracy for unlawful distribution of a marijuana item, as well as second-degree criminal possession of a forged instrument (fake ID), and laundering a monetary instrument.”

Going into greater detail, here is an extended excerpt from the September 2, 2021 Jackson County Sheriff’s Office news release on the take down of one of the black-market marijuana growing operations.

“The first raid was Tuesday at 7:11 a.m., where investigations led IMET to a property in the 10000 block of Old Stage Rd. in Gold Hill. At this location, detectives found bags of cash totaling $643,524, five firearms, and forged identification. In a nearby storage room, investigations uncovered 10-thousand lbs. of processed marijuana which was previously weighed, separated, and individually packaged for distribution. A total of 58 workers were taken into custody and one man was arrested. The suspect, Hernan Sanchez Villalobos, 33, a Mexican citizen and the Gold Hill property owner, was arrested for felony charges of prohibited import or export, unlawful possession, unlawful manufacture, and conspiracy for unlawful distribution of a marijuana item, as well as second-degree criminal possession of a forged instrument (fake ID), and laundering a monetary instrument. The property had no permits to grow or process marijuana for recreational, commercial, or medical purposes.” – JSCO news release.

An import bit of information not disclosed in the JCSO’s September 2nd news release was the immigration status of Hernan Sanchez Villalobos, the property owner who allegedly operated one of the illicit marijuana growing operations, as to whether or not he was legally or illegally present in the country.

So on Wednesday, September 8, 2021 the “Criminal Alien of the Week Report” contacted via e-mail U.S. Immigration and Customs Enforcement (ICE) Public Affairs Officer (PAO) David Yost to find out the historical immigration status of Hernan Sanchez-Villalobos.

“Hernan Sanchez-Villalobos is a Mexican national who is unlawfully present in the United States. Sanchez-Villalobos was first encountered in Tucson, Arizona, by U.S. Border Patrol in March 2010, and was immediately granted a voluntary return. U.S. Immigration and Customs Enforcement (ICE) encountered Sanchez-Villalobos next in Oregon, after his arrest for felony charges related to unlawful marijuana trafficking, possession of forged identification, and money laundering. ICE did not place an immigration detainer on Sanchez-Villalobos since he was booked and released the day of his arrest.”– David Yost, ICE Public Affairs Officer.

During the course of preparing for this week’s news report, the “Criminal Alien of the Week Report” contacted by telephone the Jackson County Sheriff’s Office and found out that in fact Hernan Sanchez-Villalobos was released on the same day from the Jackson County Jail in Medford, Oregon.

Wanting to know greater details on property ownership and location of the now defunct marijuana growing operation, the “Criminal Alien of the Week Report” contacted the Jackson County Assessor’s Office and found out Hernan Sanchez-Villalobos was one of two individuals listed as owners of the property located on 10895 Old Stage Road, Gold Hill, Oregon.

Using the Jackson County Assessor’s Office (JCAO) website the “Criminal Alien of the Week Report” discovered the 54.62 acres of property, the location of the former marijuana growing operation, was purchased by Hernan Sanchez-Villalobos and another individual on December 3, 2020 for $425, 000.00.

Furthermore, using the same JCAO website the “Criminal Alien of the Week Report” discovered Hernan Sanchez-Villalobos and other individual’s address as being Miranda, California.