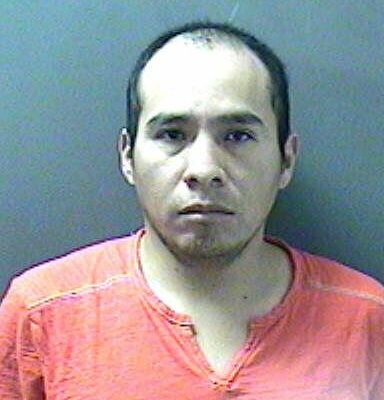 It has been an interesting last full week in the month of June 2021when it comes to criminal aliens (illegal aliens) here in the Pacific Northwest states of Oregon, Washington and Idaho.

This week we examine for Pacific Northwest radio listeners a previously removed from the United States criminal illegal alien sex offender arrested by U.S. Customs and Border Protection who was convicted of a sex crime in the state of Idaho.

An iCourt Portal – Online records & payments for the Idaho courts search reveals Pedro Asuncion Ore-Quispe (Blaine County District Court Case Number: CR-2013-3545; File Date: 11/26/2013) on 08/ 25/2014 plead guilty to one count of Rape-Female Under the Age of 16 and Perpetrator is 18 Years of Age or Older. Furthermore, on 10/27/2014 Pedro Asuncion Ore-Quispe was sentenced to six years determinate, eight years indeterminate, in the Idaho Department of Correction (DOC) prison system. Ore-Quispe was given a credit term of 347 days.

“Pedro Asuncion Ore-Quispe, a citizen of Peru, was arrested in Nov. 2008 by the U.S. Border Patrol after he unlawfully entered the U.S. and was granted a voluntary return to Mexico. In November 2013, ICE Enforcement and Removal Operations (ERO) officers encountered and lodged a detainer against Ore-Quispe at the Blaine County (ID) Jail where he was being held following his arrest by local law enforcement for rape of a child under 16. In December 2019 and pursuant to the detainer, ERO officers arrested Ore-Quispe upon his release from the Idaho Dept. of Corrections. In accordance with an order by an immigration judge issued in January 2020, Ore-Quispe was removed to his home country on Feb. 10, 2020. On June 14, Ore-Quispe was arrested again by the U.S. Border Patrol in Texas, where USBP officers reinstated his prior removal order. ICE ERO officers lodged a detainer with the U.S. Marshal’s Service, where Ore-Quispe is currently in custody.”– Lori K. Haley, ICE Public Affairs Officer.

ICE continues to use the civil immigration enforcement priorities directed by the U.S. Department of Homeland Security (DHS) on Jan. 20, to focus its resources on threats to national security, border security and public safety. ICE will continue to carry out the duties of enforcing the laws of the United States to further the safety and security of our communities.

Twice removed from the United States, Peruvian national criminal alien sex offender Pedro Asuncion Ore-Quispe is an example of hundreds of aliens with sex crime convictions that U.S. Border Patrol Agents have apprehended in Fiscal Year 2021 who have illegally reentered the country.