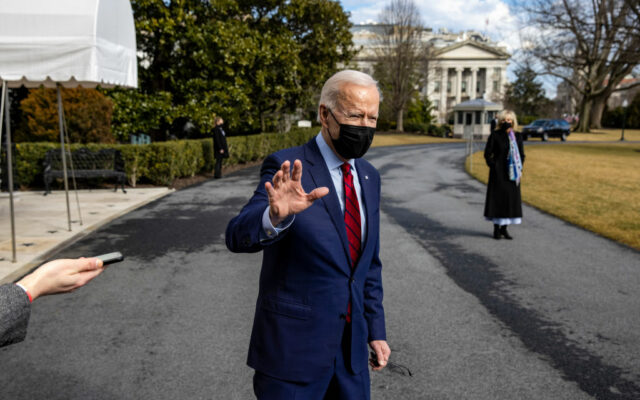 If you value your life never get between a politician and a camera or a microphone.

Unless it’s Joe Biden.  Apparently a year of running a campaign from his basement changed him.

Six weeks he’s been the President, now, and he hasn’t held a single Press conference to answer questions that are mounting up.

Biden let his press secretary announce for days that opening 50 percent of schools one day a week was YOUR goal…before he finally declared his own spokeswoman “misinformed”.

15 people died in a failed human trafficking accident yesterday. Tens of thousands of unaccompanied children have already arrived on our border.

His fellow democrats call it “catastrophic”.

Three quarters of his 2 trillion dollar China Virus relief package is pork, but when asked about that, Biden said “what would you have me cut”?

Meanwhile, China has at least a million Uighers locked up in prison camps using them as slave labor to make products sold in America.  Beijing Joe explains that his Chinese Communist friends have what he calls “different (cultural) norms”.