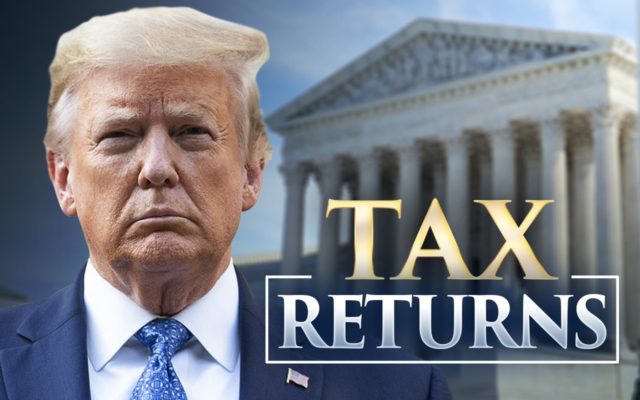 For five long years haters of Donald Trump have tried to get his tax records.  Under the law, your tax records are your business alone…unless there’s probable cause to believe you’ve committed a financial crime.  Today, The Supreme Court told the congress it can’t have the President’s records for Nancy Pelosi’s fishing expedition.  Pelosi hoped to prove that Trump borrowed money from or did business with Russian companies before he became President. But the Court also decided the highly political Manhattan District Attorney CAN get the records for HIS investigation.  Democrat Cyrus Vance wants the records for an investigation of alleged non disclosure payments to porn actress Stormy Daniels.

Trump says as President he has immunity from that kind of inquiry WHILE he’s President.

Now that the court has opened that door…the implication for future Presidents is that any prosecutor in America…and there are hundreds of them…can open an investigation into a sitting President.

Can you imagine how that might affect the Presidency of say, Joe Biden, with his family’s sleazy ties to Ukraine and China.  You may be happy the court made the decision in Trump’s case.  Will you be just as happy when it applies to all other Presidents?