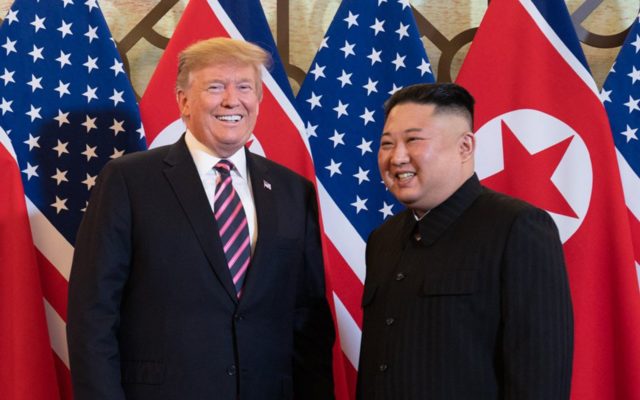 President Trump’s decision to walk away from a bad deal with North Korea proves that his critics are clueless about how he conducts diplomacy.The president’s second summit meeting with North Korean leader Kim Jong Un ended earlier than anticipated Thursday with the announcement that he had rejected the deal put forth by Kim because it doesn’t suit America’s interests. Lars speaks with Dr. Kiron Skinner who is Director of Policy Planning with the United States Department of State, and as a Senior Adviser to the Secretary of State live at CPAC. Listen below.