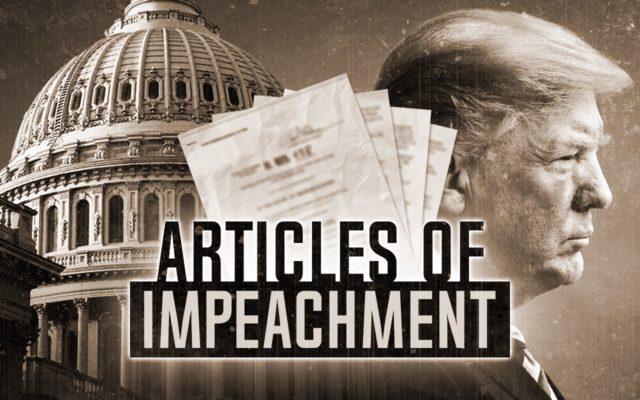 Well, most of the D’s vote tomorrow to impeach the 45th President of the United States…while at least one congressman has quit the Democrat Party and others will certainly vote no.  As for Donald Trump, 45 percent of Americans approve of the job he’s doing…and that’s up 2 percent SINCE the Pelosi Schiff Show impeachment Jihad got rolling. Barack Obama, by comparison, only enjoyed an approval rating of 43 percent in mid-December of 2012…three years into HIS Presidency.  The newest poll from Quinnipiac University shows a 51% majority of Americans oppose impeachment…while only 45% want Trump kicked out. When Trump won the Presidency…the fake news media loved to highlight his LOW approval ratings. But after three years, troops coming home, the lowest unemployment in history, record numbers from the economy and the stock market…and approval ratings better than Obama…the fake media has lost all interest in reporting the success of Donald J Trump.  Strange how it works that way…like how the FBI made those huge mistakes detailed in the Horowitz report…and all of them worked against Trump and in favor of Hillary. Go Figure. Oh, and I almost forgot to mention…another national poll shows Trump beating every single challenger…but I think the Democrats already know that.