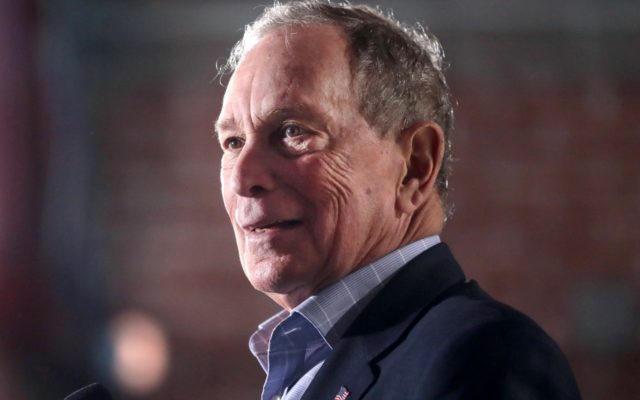 Mike Bloomberg has used his billions to buy a spot on the democrat debate stage tonight.  His money has taken him from Zero to 19 percent; second place behind the Democrat Communist candidate Bernie Sanders.  But his elitist attitude about anyone who works for a living may sink his Presidential ambitions.

Mini Mike, as President Trump calls him, harbors a similar attitude about tradesmen, which should go over really well with Seattle’s Boeing machinists.  Meanwhile, he has a high opinion of those in the information technology business. That’s Mikey’s business. He says folks like him need a lot more “gray matter”.  This may be Bloomberg’s “deplorables” moment, so it’s no wonder he’s considering Hillary Clinton for the number 2 position. Now, I’ve always thought of Hillary as #2.  I checked, and if your dictionary is like mine, when you look up “arrogant, elitist SOB” there’s a picture of Mike Bloomberg.  And if he’s going to keep slamming farmers and working folks, he should use some of those billions to hire a food taster.