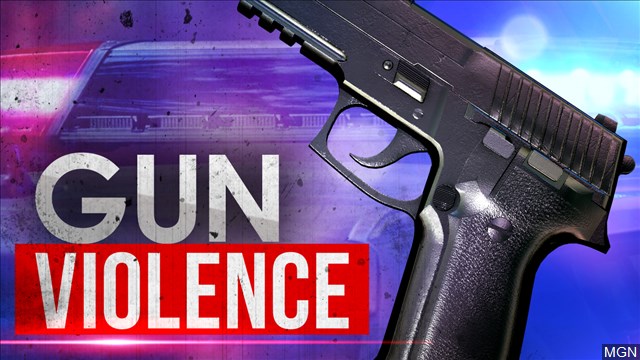 News 101.1 KXL’s expert veteran reporter Rosemary Reynolds spoke with two Portland Police Sergeants, the story from below is via KXL.com and you can find the original story and audio by clicking HERE

Two Portland Police Sergeants who were formerly with the Gun Violence Reduction Team and pushed out of those jobs are back on the streets as part of the Enhanced Community Safety Team.  The pair remain unnamed in the interview presented by FM NEWS 101 KXL Reporter Rosemary  Reynolds.  Their safety and that of their families was very important to them.

One Sgt. is Black the other is White both think the city is short-suiting the public. ECST is dealing with 5 times the shootings with one fourth of the personnel.  The city  has  lost 116 members of PPB due to retirements and people quitting because the rioting and treatment of officers began to be too much mentally, physically and emotionally. There’s concern that city leaders are not looking ahead 3 or 5 years from now.  Decisions made in city council chambers impact all of the city. Both men admit it was hard to abandon GVRT because they got to know the people on the street.  They were respected for their knowledge and the ability to talk young people mostly Black ,down.  Parents actually thanked officers for arresting their kids rather than have them die on the streets.  Many times the team would make arrests; those arrested would face substantial penalties.   The men believe they have what it takes to solve gun violence but as a community we are lost and people don’t see it.

The Sergeants believe it was a mistake to get rid of the SROs at the schools. Student Resources Officers were the key to getting to students who brought weapons to schools.  GRVT was sacrificed, according to the men just like the Gang Enforcement Team was.  It wasn’t uncommon  for the team to take 100 to 150 weapons off the street through search warrants  and other means in a year.

In February of last members of city council voted 4 to 1 to keep GVRT.  The one no vote was city commissioner JoAnn Hardesty. The stop data information indicated that police stopped a disproportionate amount of African Americans. 50 % of Stops were Black people 60 % of gunshot victims were Black. This trend continues. The men believe the numbers were bent to make them look like racists.  Over 600 hundred shootings happened in the last half of the year.  They say Covid-19 had nothing to do with the increase in shootings.

They explain the difference between what was GVRT and the new Enhanced Community Safety team.  The team is much more restricted in how it responds to gun violence. Half the amount of detectives are working cases, no federal partnerships. 12 officers plus 2 Sergeants try to do everything else. They also do all the surveillance for robberies, homicides, plus respond to shootings and assist with murder investigations.  Gun violence is up nearly 2,000% and there’s no budget for additional police. The entire police agency is stretched way too thin.

Both Sergeants say they need the publics help by being involved. They think many of us  are confused and lost their way. “It seems like violence and destruction is ok and the rule of law and order is out the window. Defiance is the best way to move forward.”  Real conversations need to happen look at the data and drop biases. Be vocal, they need the majority to speak up. They see their job is only as valuable as the people who let them do it.  They want to work for and with the community.

Listen To Lars’ take on this amazing audio below: