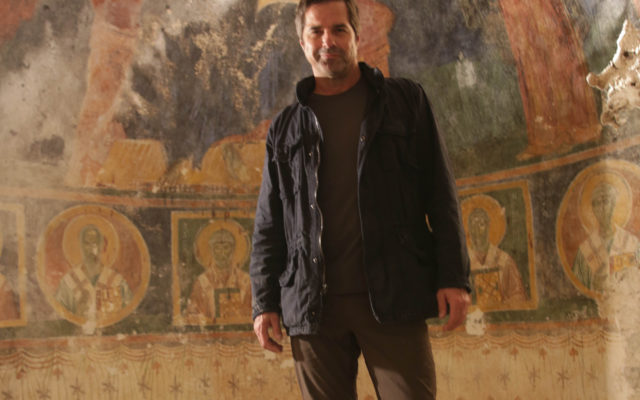 DON WILDMAN AT MONASTERY IN BULGARIA

Lars brings on Don Wildman, host of the Travel Channel’s new show “Buried Worlds” to discuss what fans can expect from the show that sheds new light on the dark origin of legends and myths. In “Buried Worlds” Don takes his thirst for adventure into terrifying new territory to explore mankind’s darkest mysteries.  He is on a mission of a more cryptic sort, heading to remote regions of Peru, Haiti, Bulgaria and beyond – visiting the dark chasms and caverns of the paranormal and supernatural, tracking alleged lingering ghosts, devilish demons, vampires and witches burned at the stake.  He is on a global quest to explore and uncover the world’s most terrifying mysteries. The series consists of 7 hour-long episodes with a two-hour special event finale airing on Monday, July 27 at 8 p.m. ET/PT. Listen below for more.