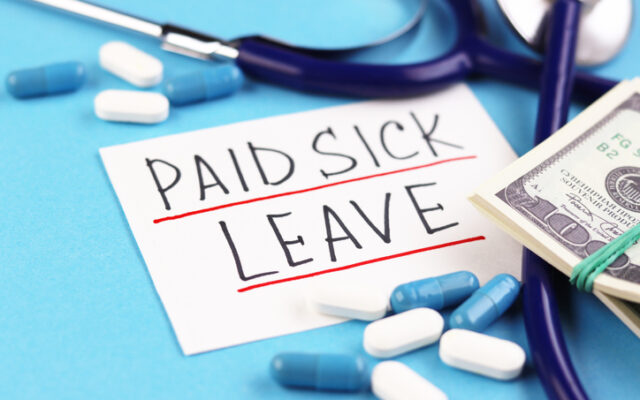 text paid sick leave and money with pills on a blue background. dollars and medical capsules on the table

Examples of failed government programs are easy to find.

Multi-billion dollar losers like Amtrak and the Postal service.

Public schools produce students who can’t read, write or do math but STILL get a diploma.

But it’s hard to imagine a brand new program that fails as badly as Oregon’s taxpayer-paid family medical leave.

Lawmakers created and staffed it up almost 3 years ago but isn’t scheduled to actually start functioning until late 2023…if then.

And it has big problems.

The original director left for reasons not fully explained.

8 of its employees quit over “culture problems”.

A private law firm’s been hired to investigate allegations of discrimination…in an agency that gobbles public dollars but has yet to delivered public services.

It’s SUPPOSED to give paid time off to new parents or people taking care of a sick family member.

Sounds like a great gig though.  Draw a generous paycheck from a public program that doesn’t actually do ANYTHING for years…and build those credits toward that golden PERS parachute.