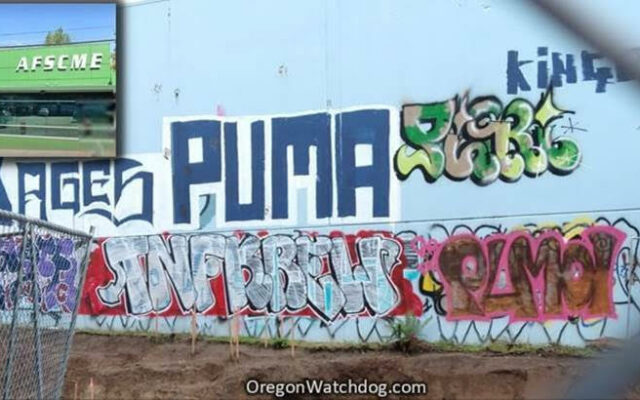 (This piece was originally posted HERE, this has been reposted on LarsLarson.com at request of the author)

We previous reported the sad site of Christmas morning in a sleepy Portland neighborhood that was sadly filled with political and gang vandalism.

Over the past few weeks it has gotten even worse (photos below).  This says a lot about Portland which been able to pass most of the liberal laws it wants but can’t seem to produce a decent quality of life environment.

We are saddened to see one of the state’s biggest union’s, AFSCME, have their office be hit with a torn down construction fence and new graffiti upon old graffiti upon even older graffiti (photo above).  When vandals hit them they hit all of us regardless of politics, and if they need help removing it we will help.

The story gets worse the moment you begin walking around the blocks. 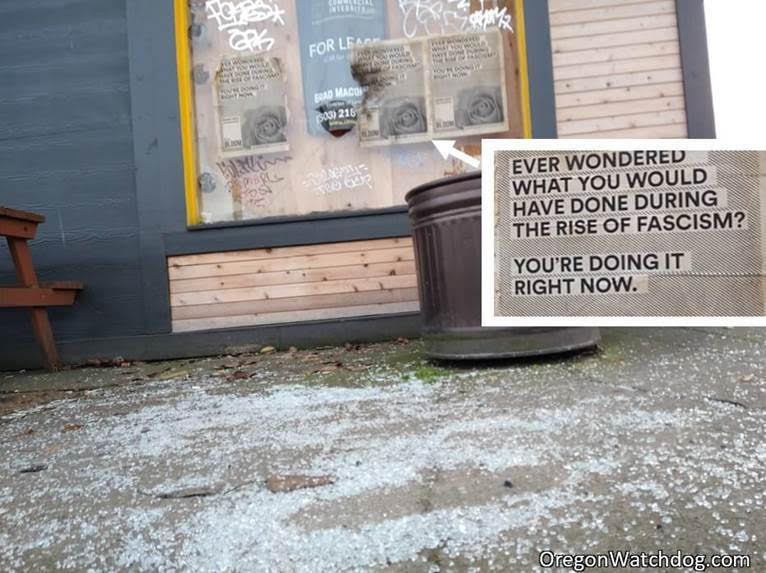 Right next door you can see anti-Jewish vandalism scrawled on the windows of an Israeli coffee shop. 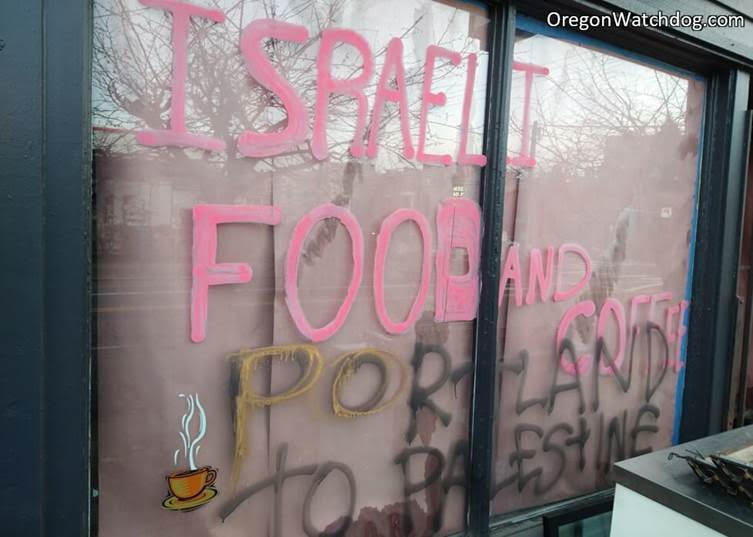 Broken windows?  Anti-Jewish scrawling?  How could you not think about Kristallnacht (Night of the broken glass) comparisons where German fascists broke windows of Jewish businesses during the dead of night.  In one way it is not the same, but in another it is. 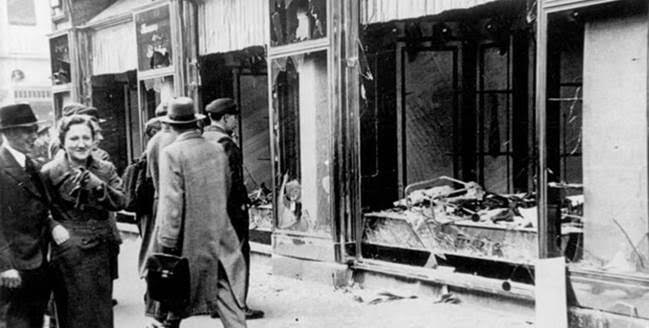 A few doors down you can see another business, a small ethnic restaurant, that has been struck by broken windows.  Weeks later some of the glass is still lying on the sidewalk as if no one cares. An anti-cop sticker was posted on a pole outside. 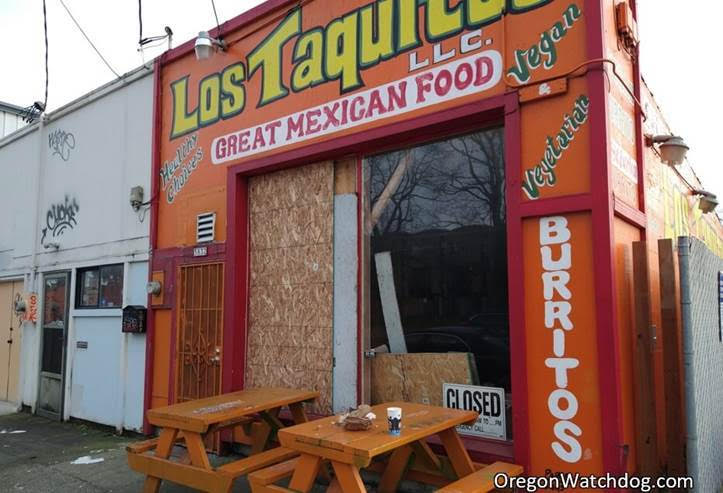 Another shop nearby has a “f*ck colonialism” message. 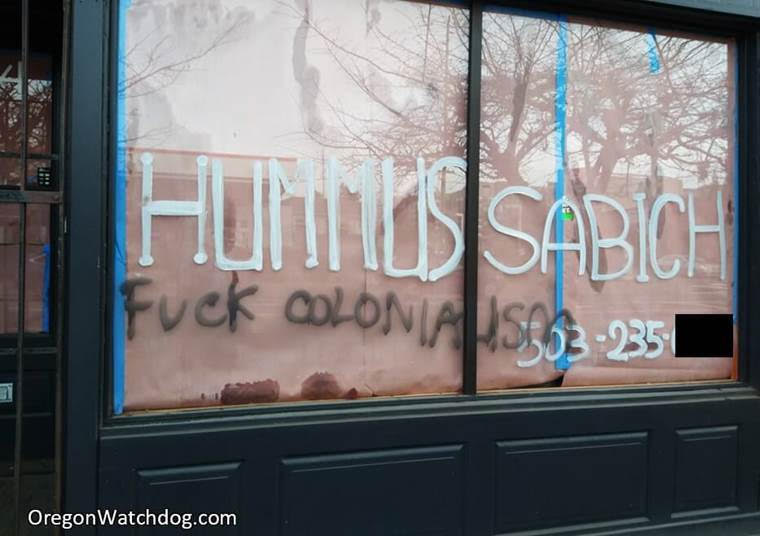 A few blocks over is Mt. Tabor Middle school (right) where young students are greeted to class with the Anarchy symbol and Antifa anti-fascists symbol over their school sign. 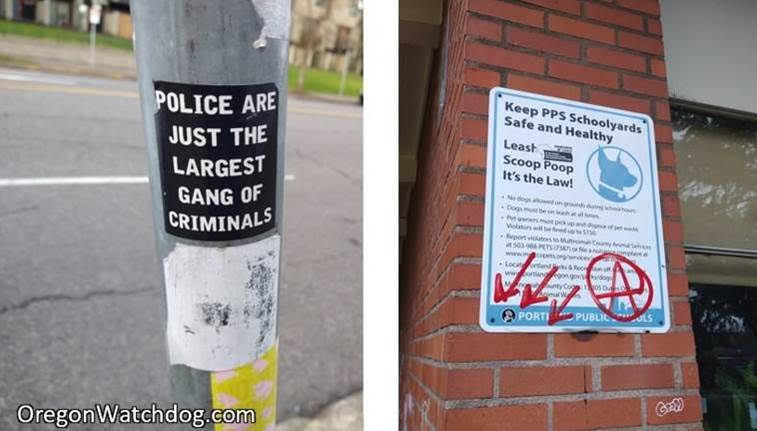 Not even the local coffee shop artistic mural wall is spared from political/gang vandalism. 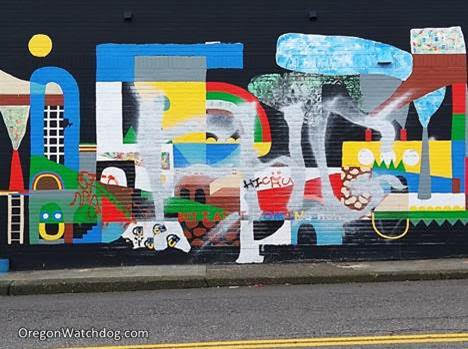 Many other political messages are seen nearby the AFSCME headquarters.

The unions like AFSCME have a lot of power, as unions are one of the most powerful voices in Oregon.   But unions (non-police) did not use that power to protect their own union members when Portland police were de-funded by 100 officers and publicly attacked.

In fact, large numbers of education employees and transit union employees could be seen marching with signs in the violent Portland protests outside the federal courthouse in the summer of 2020.

Those protests and de-funding police helped create Portland’s record breaking crime wave.  It also bathed the city in vandalism, graffiti and a sense of lawlessness.   This is why the union headquarters being attacked is just another symbol of failed Portland liberalism.

This small businesses, not far away from AFSCME, was broken into twice during the holiday season. 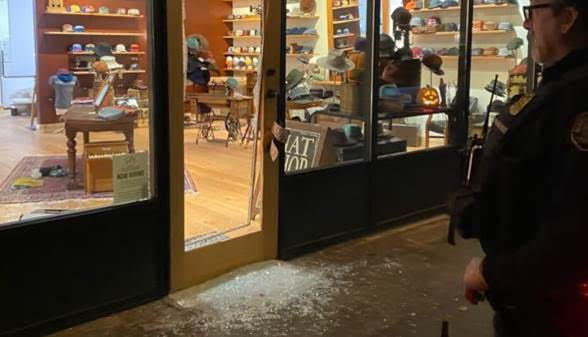 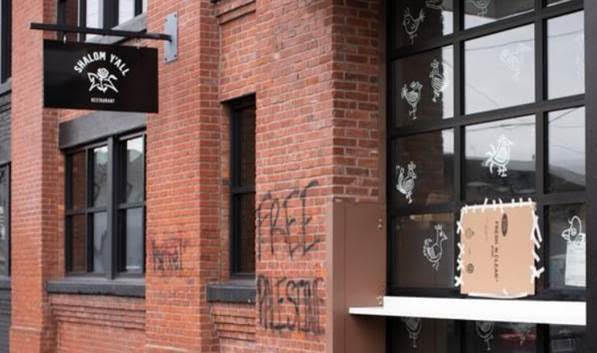 In times past, among the anarchists and cop-killing messages after a Portland riot there will also be “Free Palestine” scrawling (left: Federal Courthouse, Right: Portland Building)

You can read some of our original riot reporting here.

Written By: Jason Williams Founder, Taxpayer Association Of Oregon You can read the article at it’s original location here at OregonCatalyst.com.