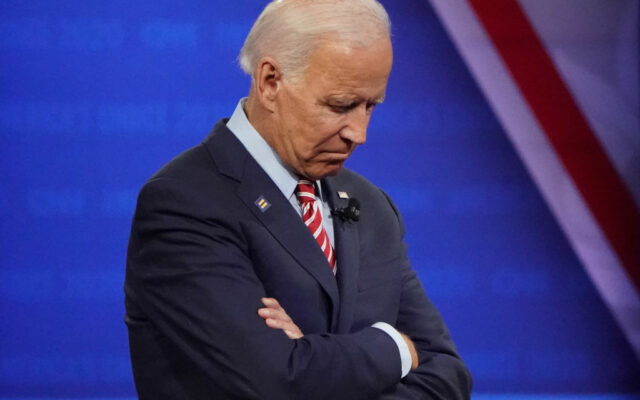 I figure those who voted for Joe Biden in November may already be suffering a severe case of “buyer’s remorse” after he’s been on the job less than a month.

Biden campaigned from his basement claiming he had a plan to “shut down the (china) virus”. Last night, he admitted he doesn’t HAVE a plan.

Biden promised he would have America’s schools open in less than his first 100 days on the job.  Then his press secretary told reporters last week that Joe’s definition of open was…wait for it…

50% of schools holding at least one day of class a week.

Biden threw his press secretary, Jen Psaki, under the bus, saying she made (quote) “a mistake in communication”

I warned you China Joe would sell out to the Communists who put millions of dollars in Hunter Biden’s pockets.

Asked about China’s abysmal record on human rights, prison camps for muslims and even genocide.

And with more than three thousand illegal aliens a day now flooding across America’s southern border, Biden renewed his promise to legalize every illegal alien in America.

So, how much do you miss Donald Trump right about now?