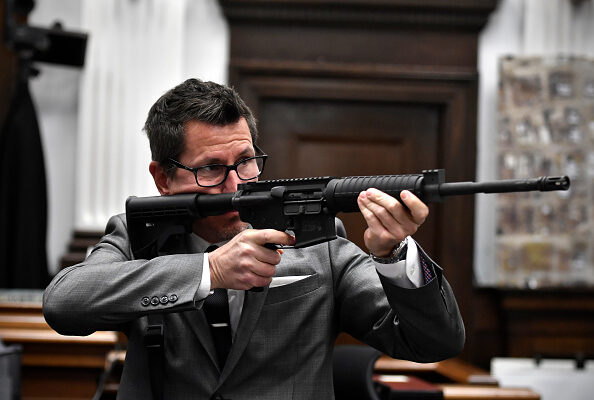 You needed your barn boots to wade through all the BS that happened on the final day of the Kyle Rittenhouse self-defense shooting trial in Kenosha, Wisconsin.

And when the verdict comes in, likely soon, you may need more protection than that.

Rittenhouse never should have faced charges.

Yes, he shot and killed two men and injured a third…because they threatened his life.

So, prosecutor Thomas Binger tried to bamboozle the jury.

He told them you have no right of self-defense against an unarmed man.

That would be news to all the women who carry an equalizer in the purse or pocket to protect themselves against unarmed male assailants much bigger than them.

Binger told the jury that anyone who carries a gun forfeits his or her right of self-defense.  That’s just a bald-faced lie and it’s not the law anywhere in America.

The prosecutor has been losing this case so badly, yesterday he picked up the AR15 rifle at the center of this case, brought it to his shoulder, and pointed it at the jury.

The only way this ends in the conviction of Kyle Rittenhouse is if this jury sends in its vote by mail.